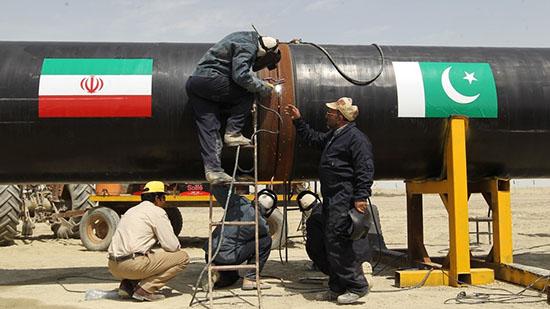 Pakistan has notified Iran that mounting US economic pressure makes it “impossible” to proceed with the massive Iran-Pakistan gas pipeline (IP) project, also known as the ‘Peace pipeline’.

“We cannot risk US sanctions by going ahead with the [IP] project as America has clearly said that anybody who will work with Iran will also be sanctioned,” Mobin Saulat, the managing director of Inter State Gas Systems, which works under the auspices of the Pakistani government, told Arab News.

Islamabad recently informed Tehran in writing about the hurdle to implementing the pipeline project, according to the official. He noted that if the restrictions against Iran are lifted, Pakistan will be eager to go ahead with it. The same position was earlier voiced by Pakistani Prime Minister Imran Khan.

The project, which has been under discussion since 1994, was initially meant to deliver natural gas from Iran’s giant South Pars field to Pakistan and India. New Delhi quit it in 2009, citing the costs and security concerns.

The US vocally opposed the $7 billion project long ago, even before the 2015 nuclear deal, from which Washington has already withdrawn. It said that the construction of the pipeline could violate sanctions imposed on Iran over alleged nuclear activities, despite Iran denying the claims and arguing that natural gas cannot be used for making atomic bombs.

Iran has already slammed Pakistan for failing to adhere to the bilateral deal and delays in laying down the pipeline. In February, the Islamic Republic threatened to take its project partner to the international court of arbitration over the lack of progress on construction. Islamabad has at least two months to respond to Iran on the matter, according to Inter State Gas Systems.

“We have time till August this year to legally respond to Iran’s legal notice and settle the issue through negotiations,” Saulat said.

The news comes just days after the Trump administration imposed new sanctions targeting anyone who fails to wind down transactions related to Iran’s metal sector. This is in addition to the tough restrictions on energy exports, which the US seeks to cut to zero.

On Sunday, Iranian President Hassan Rouhani called for unity as the country faces “unprecedented” pressure from its “enemies.” He compared the current situation with the conditions during the 1980s war with Iraq, saying that it is not clear if they are “better or worse,” but back then Iran had no problems with its banks, oil sales, or imports and exports, except for arms purchases.