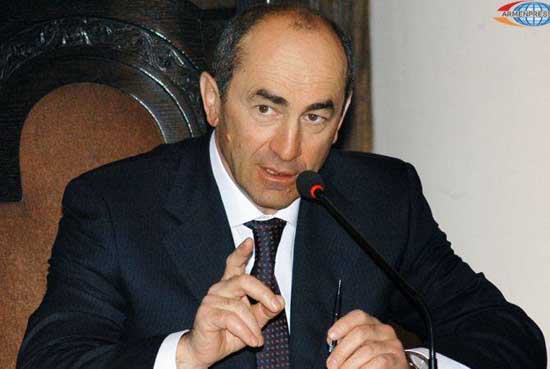 The first hearing was dedicated to Robert Kocharyan’s preventive measure. The ex-President was present at the sitting.

Robert Kocharyan, Seyran Ohanyan and Yuri Khachaturov are charged with overthrowing the constitutional order in March 2008. Ten people were killed in clashed between police and protesters in March 1 unrest that followed the presidential elections.

Armen Gevorgyan is charged with assisting Robert Kocharyan in overthrowing constitutional order in his capacity as Secretary of the National Security Council.

Robert Kocharyan is also charged with taking a bribe in a particularly large amount ($3 million) from businesswoman Silva Hakobyan in February 2008.

Dozens of Kocharyan’s supporters rallied Monday outside the Yerevan city court, holding placards that read “Kocharyan is a political prisoner” and “Political vendetta.”