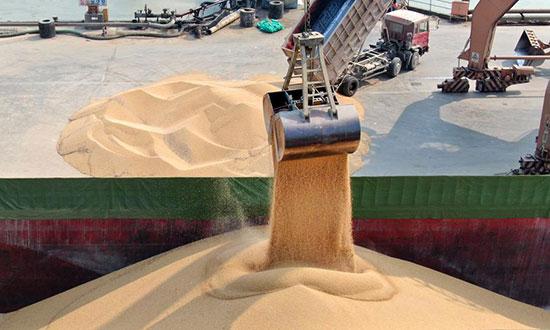 As US President Donald Trump made the case Monday on Twitter that tariffs were boosting the pace of US economic growth, Beijing finally announced its retaliation against the newest trade war escalation.

The Chinese Ministry of Finance said in a statement Monday it will be changing tariff rates on around $60 billion in US products, with duties on some items now going up to 25%. The US imports were already subjected to 5-10% tariff rates as retaliation for earlier US trade action.

The Trump administration last week announced that it will raise tariffs on $200 billion worth of Chinese imports from 10% to 25% while threatening to impose new duties on around $300 billion more.

The Office of the US Trade Representative released a proposed product list for the new tariffs Monday afternoon.

That came shortly after the US president confirmed, speaking to reporters in the Oval Office, that he will be meeting with Chinese President Xi Jinping at the Group of Twenty summit in Osaka, Japan.

Approaching a deadline last year for US tariffs on Chinese goods to be increased, Trump and Xi were able to avert the escalation when they met at the G20 summit in Buenos Aires, Argentina.

In his comments to reporters on Monday, Trump downplayed China’s retaliation while saying he has not yet decided whether to move forward with the next round of tariffs.

“We have the right to do another $325 billion at 25% in additional tariffs,” he said, adding: “I have not made that decision yet.”

The US president defended his trade policy Monday morning in a series of Tweets, both crediting tariffs for economic growth and providing advice for consumers to find ways around paying higher prices.

“The unexpectedly good first quarter 3.2% GDP was greatly helped by Tariffs from China. Some people just don’t get it!” the US president wrote, after tweeting that the tariffs can be “completely avoided if you by from a non-Tariffed Country, or you buy the product inside the USA (the best idea). That’s Zero Tariffs.”

….completely avoided if you by from a non-Tariffed Country, or you buy the product inside the USA (the best idea). That’s Zero Tariffs. Many Tariffed companies will be leaving China for Vietnam and other such countries in Asia. That’s why China wants to make a deal so badly!…

In a separate post, he also reiterated the Trump administration’s claim, denied by Beijing, that the two sides were close to a deal but that China backed away from key, already agreed to concessions.

“I say openly to [Chinese] President Xi [Jinping] & all of my many friends in China … You had a great deal, almost completed, & you backed out!” Trump wrote.

While top White House economic advisor Larry Kudlow said on Sunday that China has invited top US trade officials to Beijing to continue talks, no date for a potential 12th round of negotiations has been announced.