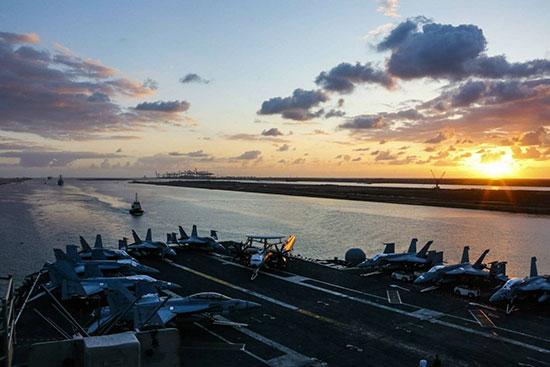 They also never forgave US support for Saddam Hussein’s Iraq during the war he launched, which killed some 500,000 Iranians.

BEIRUT: Iran unexpectedly just gave the European Union, the UK, China, and Russia an ultimatum of sixty days to resolve the problems caused by US sanctions, otherwise it will start ignoring select provisions of the Joint Collective Plan of Action. The JCPOA is the nuclear agreement struck during the Obama administration, which provides Iran with relief from sanctions if it curtails its nuclear program.

The JCPOA was a great achievement not just in its stated objective of halting Iran’s nuclear program. More importantly, it would have started to reverse the forty year old animosity between the United States and Iran, fed by hardliners on both sides and mutual historical transgressions.

The Iranians never forgot the covert CIA operation toppling their democratically elected prime minister Mohammad Mosaddegh in 1953, installing the Shah, whose intelligence service, SAVAK, proceeded to torture citizens for the next 25 years. They also never forgave US support for Saddam Hussein’s Iraq during the war he launched, which killed some 500,000 Iranians.

Likewise, the US never forgave the various attacks orchestrated by Iran’s proxies in Lebanon in the 1980’s, like the destruction of the US Embassy in West Beirut in June 1983. The bombing of the Marine Corps Barracks, killing 241 US personnel, is still today the largest one day military loss since Iwo Jima, during World War II. Not to mention the torture and killing of Beirut CIA Station Chief William Buckley in 1985 and torture and execution in 1988 of Marine Corps Colonel William Higgins, stationed with the United Nations Forces. The JCPOA was also especially beneficial for Lebanon, because it would have been a prelude to reducing sectarian tensions in the countries around us, as well as internally.

President trump had called the JCPOA “the worst deal ever,” which strikes me as somewhat hyperbolic, and he pulled out of it exactly one year ago. He then proceeded to tighten economic sanctions on Iran, causing a 60% devaluation of their currency and stunted their economic growth. The IMF estimates that their GDP will contract by 6% in 2019, however, Iran’s economy is not as dependent on oil as people might think. 96% of natural gas produced is consumed domestically and oil is only 13% of their GDP, or 32% of the government budget, thus sanctions will hurt badly, but they’re not likely to debilitate them.

Iran has an educated and ambitious young populace, that, for the most part, is not a fan of the hardline regime. You could see this in the 2012 documentary movie “The Iran Job” (Full disclosure: I’m one of the executive producers). The movie was banned in Iran and criticized by Neocons in the US, which means it was a great movie, as far as I’m concerned.

President Obama did the right thing by reaching out with an olive branch, paying a significant price in erosion of his political capital and enmity from the pro-Israeli lobby in the United States. The Iranians were always suspicious of this overture, and squandered a once in a generation opportunity. When President Trump was elected, he not only reversed the Obama pivot, but doubled down on any previous administration’s enmity towards Iran, thereby making the missed opportunity offered by Obama look that much more glaring.

Of course, Trump didn’t consult allies and career diplomats and professionals, pulling out in an abrupt and arrogant fashion. This created a unique convergence of interests among countries and entities whose relationships with each other hover somewhere between enmity and lukewarm tolerance. Never since the Unipolar Moment of American global dominance in 1990, had so many powerful countries been united about one thing, against the United States, and with a president all of whom despise viscerally, including traditional close friends of the US. The combined GDP of the EU, UK, China, and Russia is around 150% of the US, with a population 6 times as big, making this potentially the biggest threat to American global dominance in 40 years.

So the EU set up INSTEX, a special purpose vehicle designed to circumvent US sanctions, but despite a threat of EU fines, not one company wanted to risk US wrath. As US government officials said, “Companies can choose to do business with Iran or the US, but not both.” Well, everyone unhesitantly made their choice. What was most surprising is Chinese acquiescence. A senior Chinese expert told me last week that they regard their relationship with Iran as a millennia-long association, between the Chinese and Persian Empires. According to him, they look down with disdain at the rest of the countries of the Middle East, which “they regard as 20th century colonial constructs.” Powerful statement, but at the end of the day, the Chinese Empire chose the American Empire.

This was a perfect storm of opportunities to probe the dominance of the US dollar on world commerce. Solving this riddle would have ended the US ability to push the rest of the world around. It seems to have failed miserably, and Iran realized that the United States is the only one who matters in the JCPOA.

In some sense, Trump had already won a year ago through the Iranians adhering to the JCPOA, without the US portion of benefits (or anyone else’s, for that matter) — it just took the Iranians a whole year to realize it.

The funny thing is that the EU reaction to Iran’s statement was indignant and threatened more sanctions against Iran, which reminds me of the cop who arrests the victim of a beating because the perpetrators are too powerful to be confronted by the powerless cop. The EU almost sounded relieved at the Iranian move, giving them a graceful way out of the confrontation with the US, that embarrassingly exposed their relative weakness and dearth of options.

The dollar reins supreme … for now.