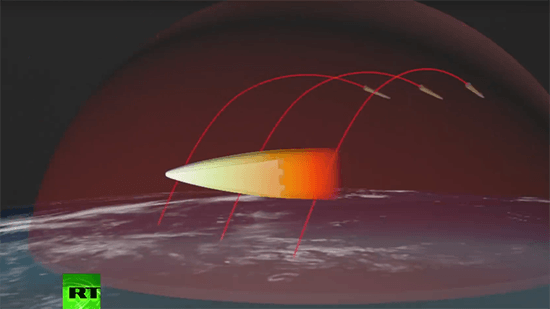 Russia has to obtain the means of protection against hypersonic weapons before such hardware is developed by other nations, Russia’s President, Vladimir Putin, said.

Putin reminded that Russia is so far the only country in the world in possession of a hypersonic weapon, referring to the successful test of the Avangard glider earlier this year.

“But we also have a perfect understanding that the world’s leading nations will develop such weapons sooner or later,” Putin said.

We must obtain the means of protection against such systems, before hypersonic weapons are put in service by the [foreign] militaries.

During a high-profile meeting on the development of Russia’s military industrial complex, Putin also underlined that “increasing control over airspace is one of the key tasks” for the country’s armed forces.

The state-of-the-art Container radar system, which was introduced in Russia last year, provides coverage over most of Western Europe and the Middle East. But the means to repel “potential threats from the air and from space” must be developed further, he said.