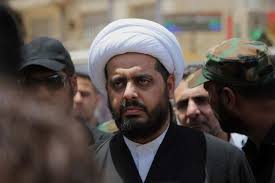 He asserted that the victory against ISIS is almost entirely complete and that one of the goals of the war against ISIS had been to stand up to the “Zionist plan that wanted to divide Iraq and the countries of the region.”

Khazali then said that the real goal of the Zionist-America-Saudi plan is to conquer Iraq, and that there is a “greater battle” yet to be fought.

The claim that Israel is behind ISIS is certainly not a new one. Back in 2014, a project management official at the Dutch National Cyber Security Center claimed that ISIS was a “Zionist plot” and was subsequently suspended for the remarks.

In 2017, marchers in the annual Al-Quds Day parade in London chanted, “Zionists/ISIS are the same. Only difference is the name.”

US Presidential Election 2020 And Polling The Politicians: Pitfalls And Perils – Analysis