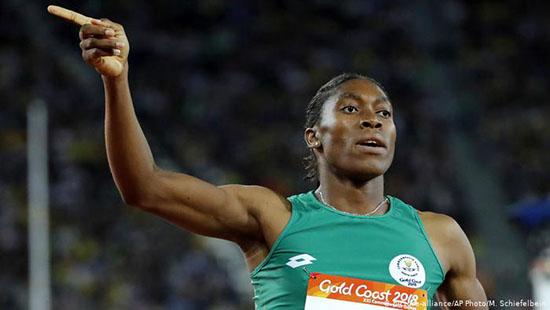 South Africa’s government has said it wants an appeal to be lodged against rules that force some female athletes to reduce testosterone levels. Olympic champion Caster Semenya had challenged the new regulations.

The South African government on Monday said it wanted an appeal to be lodged against the Court of Arbitration of Sport (CAS) ruling on Caster Semenya.

The Swiss-based CAS ruled earlier this month that female athletes with high testosterone levels would have to take suppressive treatment to be able to compete as women in certain events. The case has provoked furious debate about the rights of athletes with differences of sexual development.

The South African government said it was “instructing” the national sports governing body, Athletics South Africa (ASA) — which has a certain degree of autonomy — to make the appeal after consulting an expert panel.

Parties can only appeal the decisions of the CAS on a very limited number of grounds. The Sports Ministry has said it believes two of the CAS judges were conflicted and that the judgment ignored the facts.

The International Association of Athletics Federations (IAAF) has argued that higher testosterone levels for athletes with differences of sex development (DSD) — such as the two-time Olympic 800-meter running champion Caster Semenya, who is believed to be intersex — give them an unfair advantage over others.

At the time of Semenya’s unsuccessful appeal, the court said there was not enough evidence to overturn the new regulations.

The DSD rules, which were first adopted last year but suspended over a legal battle, came into effect on May 8. They apply to distances from 400 to 1,500 meters, and include the heptathlon.