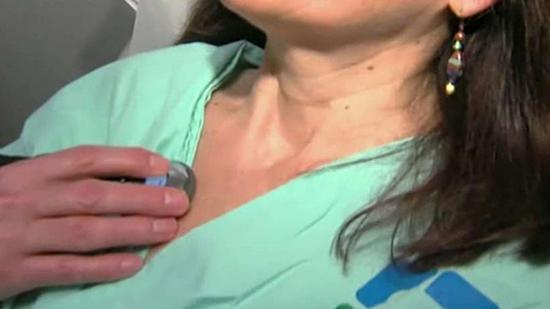 (Reuters Health) – For people without heart disease, taking a daily aspirin to prevent heart attacks and strokes may increase the risk of severe brain bleeding to the point where it outweighs any potential benefit, a research review suggests.

U.S. doctors have long advised adults who haven’t had a heart attack or stroke but are at high risk for these events to take a daily aspirin pill, an approach known as primary prevention. Even though there’s clear evidence aspirin works for this purpose, many physicians and patients have been reluctant to follow the recommendations because of the risk of rare but potentially lethal internal bleeding.

For the current study, researchers examined data from 13 clinical trials testing the effects of aspirin against a placebo or no treatment in more than 134,000 adults.

The risk of intracranial hemorrhage, or brain bleeds, was rare: taking aspirin was associated with two additional cases of this type of internal bleeding for every 1,000 people, the study found.

But the bleeding risk was still 37 percent higher for people taking aspirin than for people who didn’t take this drug.

“Intracranial hemorrhage is a special concern because it is strongly associated with a high risk of death and poorer health over a lifetime,” said study co-author Dr. Meng Lee of Chang Gung University College of Medicine in Taiwan.

For people who have already had a heart attack or stroke, the benefit of low-dose aspirin to prevent another major cardiac event is well established, researchers note in JAMA Neurology. But the value of aspirin is less clear for healthier people, for whom bleeding risks may outweigh any benefit, the study team writes.

Already, guidelines on aspirin for primary prevention of heart disease in the U.S., Europe and Australia have incorporated a need to balance the potential benefits against the risk of bleeding. For elderly people, who have a greater risk of bleeding than younger adults, the risks may be too great to recommend aspirin.

For adults ages 50 to 59 considering aspirin to prevent heart attacks and strokes, for example, the U.S Preventive Services Task Force (USPSTF) recommends the pill only for people who have at least a 10 percent risk of having a heart attack or stroke over the next decade and who don’t have a higher-than-average risk of bleeding. (The American College of Cardiology provides an online risk calculator here: bit.ly/2VxbuAK.)

One limitation of the analysis is that the smaller clinical trials examined a variety of aspirin doses up to 100 milligrams daily. The analysis also only focused on brain bleeds, and not on other types of internal bleeding associated with aspirin.

“We have long known that aspirin can precipitate bleeding, most commonly in the gastrointestinal tract, but most devastatingly in the brain,” said Dr. Samuel Wann, a cardiologist at Ascension Healthcare in Milwaukee, Wisconsin, who wasn’t involved in the study.

Despite the benefits for preventing heart attacks, the consensus on aspirin has changed over time, particularly for people without heart disease or hardening and narrowing of the arteries (atherosclerosis).

“We have previously recommended aspirin to prevent platelets from sticking to the inside of an individual’s arteries, but the benefit, while real, turns out to be small compared to the rare but devastating incidence of brain hemorrhage,” Wann said by email. “We no longer recommend routine use of aspirin in individuals who have no demonstrable cardiovascular disease or atherosclerosis.”