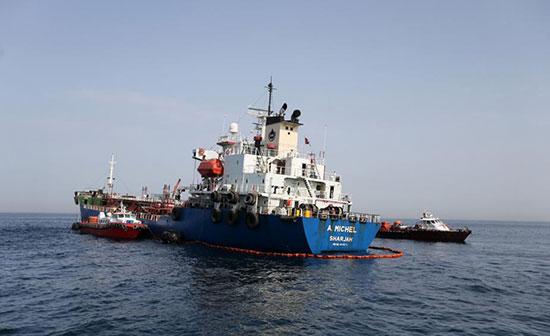 As tensions between the US and Iran have ratcheted up in recent weeks, Trump administration officials have levied a growing list of accusations at Tehran.

That includes the allegation that Iran is preparing to attack US troops stationed in the region; that Iran has connections to al-Qaeda, and that Iran committed acts of sabotage on oil tankers in the Gulf.

The evidence to back up these allegations is scant, however, and some experts have expressed scepticism at how valid some of Washington’s claims really are.

Others have raised concerns about whether the Trump administration is trying to go to war with Iran based on unproven allegations, a scenario that harkens back to the US invasion of Iraq in 2003.

Here, MEE examines recent US accusations against Iran – who said what, and based on what evidence – and whether they hold any water.

Last week, unidentified US officials claimed that an Iranian official gave the greenlight to attack American troops stationed in the region.

Citing three US officials, NBC News reported on 9 May that Iran may launch an attack from a dhow, a small, wooden sailing vessel commonly used by fishermen in Gulf countries.

The officials also said Iranian-backed militias in Iraq and Yemen could be behind an attack on US forces in the region, the US news outlet said.

NBC News did not divulge their sources’ identities, or their affiliations within the US government, but said only that the US officials were “familiar with the intelligence”.

The identity of the Iranian official was also not mentioned in NBC News’s report.

One of the US officials also said Iran could try to launch missiles from the dhows, NBC News said, a claim that experts expressed doubt almost immediately.

“Launching ballistic missiles from ships is not an easy task, and like most missile-related activities, doing so requires extensive testing,” said Fabian Hinz, a researcher at the Foreign Policy Research Institute, a US-based think tank, on 9 May.

Hinz said he hadn’t seen missiles launched from Iranian vessels in the past, making it “highly unlikely” that Iran developed that capability without the knowledge of, or a rebuke from, Western governments.

He said, however, that Iran has a prior history of smuggling small weapons, such as AK47s, to places like Yemen on dhows.

Allegation: Iran could attack through its proxies

On 5 May, White House National Security Adviser John Bolton issued a short statement claiming “a number of troubling and escalatory indications and warnings” had prompted the US to send an aircraft carrier to the Gulf as a precaution.

A day later, on 6 May, the New York Times reported that three US officials “cited new intelligence that Iran or its proxies were preparing to attack American troops in Iraq and Syria”.

The newspaper did not provide additional details about that “new intelligence”, nor did it divulge the identities of the three US officials, who were quoted anonymously.

It was also unclear if those three US officials are the same ones NBC News quoted in its 9 May report.

On Tuesday, the New York Times reported on an “American intelligence analysis” that collected data in late April through communication intercepts and imagery, which the newspaper said “indicated that Iran was building up its proxy forces’ readiness to fight”.

The newspaper did not say who carried out the analysis, however, nor did it provide additional details about the scope of the intelligence or what it contained.

Meanwhile, a top UK military official on Tuesday threw shade at US claims that Iranian-backed militias posed an increased threat.

Major General Christopher Ghika, a top commander in the US-led coalition fighting the Islamic State (IS) group in Iraq and Syria, said he’s seen no worrying signs from the Popular Mobilisation Forces, an umbrella group of Shia militas loosely tied to Iran.

“We’ve seen no change in the posture or the laydown of the PMF,” said Ghika, as reported by The Guardian.

“I think it’s important to say that many of them are compliant and we have seen no change in that posture since the recent exchange between the United States and Iran. And we hope and expect that that will continue,” Ghika added.

The United Arab Emirates first reported that four oil tankers were damaged in a “sabotage attack” off its Gulf coast on Sunday; two of the vessels were owned by Saudi Arabia, one was Norwegian, and the fourth was Emirati.

The UAE’s foreign ministry said the company that owns the Norwegian ship reported that it was hit “by an unknown object on the waterline”, damaging its hull.

The UAE has launched an investigation into the incident.

On Monday, however, CBS News reported that unidentified US officials said an initial investigation revealed that Iran or Iranian-backed groups used explosives to sabotage the tankers.

CBS News did not say how many US officials it spoke to, nor did it say what their affiliations are. It also did not publish any direct quotes from the officials in its report.

The US news outlet’s report also did not provide any concrete evidence to back up the officials’ claim that Iran or Iranian-backed groups were behind the incident.

Meanwhile, maritime experts have raised questions about the scope of the attack, with some expressing bewilderment that more information about the nature of the damage has not been released.

“Saudi reticence to report the incident accurately within their own media channels and the current failure to provide imagery evidence of the attack raises important questions as to the nature of the attack,” said maritime security company Dryad Global, as cited by BBC News.

FleetMon, another sea expert group, similarly told the BBC that the incident, combined with the little public information provided so far, has led to more questions than answers.

“What happened exactly, how bad were explosions and fire, if there were any, and what definition ‘act of sabotage’ means, how much true is indeed, the whole story, is so far anyone’s guess,” the company said.

Allegation: Iran is cozy with al-Qaeda

In mid-April, a few weeks before the recent escalation between Washington and Tehran, US Secretary of State Mike Pompeo accused Iran of holding secret talks with the militant group al-Qaeda.

“There is no doubt there is a connection between the Islamic Republic of Iran and al-Qaeda. Period, full stop,” Pompeo said on 10 April in a hearing before the Senate Foreign Relations Committee.

“The factual question with respect to Iran’s connections to al-Qaeda is very real. They have hosted al-Qaeda, they have permitted al-Qaeda to transit their country,” he added, as reported by AFP.

But the senior US official provided scant evidence to back up his claims – and in fact, signs point in the opposite direction.

Nelly Lahoud, a senior fellow at the New America Foundation and author of a book on al-Qaeda and Iran, said that she did not find any evidence of an alliance.

That was even after combing through declassified al-Qaeda files obtained from the US mission that killed Osama bin Laden, Lahoud said.

“In none of these documents did I find references pointing to collaboration between al-Qaeda and Iran to carry out terrorism,” she said in an Atlantic Council blog post in September 2018.

Instead, Lahoud said she found evidence of anger between the two.

“Explicit hostile references to Iran are consistent throughout, displaying the mistrust of bin Laden and other al-Qaeda leaders towards Iranian authorities,” she said.

In fact, an al-Qaeda linked group claimed responsibility for a suicide bombing in February that killed 27 Iran Revolutionary Guards on the border with Pakistan.