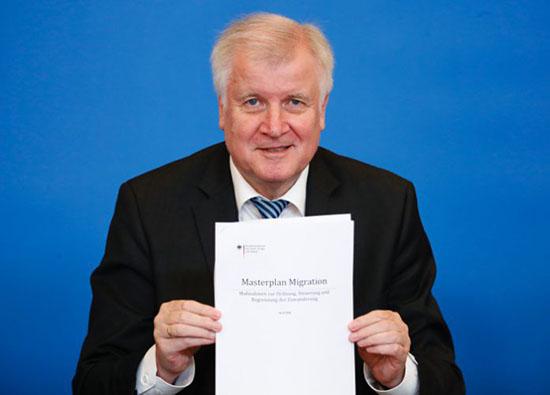 Germany on Tuesday pledged to take stronger action against the activities of the illegal Kurdistan Workers’ Party (PKK) as its supporters ramp up violence in the country, the Hürriyet Daily News reported.

Speaking at a news conference in Berlin, Interior Minister Horst Seehofer said criminal offenses by foreign extremist and terrorist groups in Germany increased more than 50 percent last year largely due to the PKK.

“State authorities will continue to do everything to ensure that foreign terrorist and extremist organizations don’t use Germany as a sphere of action. This also and specifically applies to the PKK,” he stressed.

The PKK is listed as a terrorist organization by Turkey, the US and the European Union.

PKK followers committed 1,873 criminal offenses in Germany last year, according to annual statistics announced by the interior minister, an increase of more than 80 percent over the previous year, while violent offenses rose from 152 to 305.

Despite being banned in Germany since 1993, the PKK remains active, with nearly 14,000 followers among the Kurdish immigrant population in the country.

Ankara has long criticized Berlin for not taking serious measures against the PKK and its affiliates in Germany, which use the country as a platform for fundraising, recruitment and propaganda.

Interior Minister Seehofer, an influential conservative politician, had promised a hard stance against foreign extremist and terrorist groups after assuming his new post in 2018.

In February two major propaganda outlets of the PKK in Germany were banned and dissolved, following legal action by the Interior Ministry.