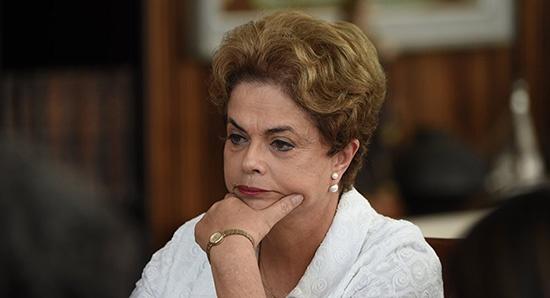 “It is important to note that our Constitution sets certain principles that should be respected, particularly, non-interference and respect for the sovereignty of other countries. I believe that our Constitution strongly rejects this possibility [of intervention]”, Rousseff said, when answering a question about whether Brazilian territory could be used for a possible US intervention in Venezuela.

She expressed doubts that the Brazilian Armed Forces would support the idea of joining a possible intervention in Venezuela.

Rousseff also pointed out that Latin America was traditionally a peaceful region, unlike Europe.

“All these factors make it difficult for the Brazilian government and [President Jair] Bolsonaro to participate in this process [intervention]”, the former president added.

Venezuela has been dealing with unrest since January after US-backed opposition leader Juan Guaido proclaimed himself interim president of the country. His bid was recognised by the United States, immediately followed by many Latin American countries, including Brazil, as well as many EU states.

Meanwhile, Russia, China and a number other countries supported Venezuelan President Nicolas Maduro as the only legitimate leader of the country. Tensions in Venezuela reached a new peak in late April after the Venezuelan opposition initiated a fresh coup attempt to oust Maduro that failed.

Dilma Rousseff also said that Brazilian foreign policy under current President Jair Bolsonaro is, in fact, a return to the Monroe Doctrine.

According to the former Brazilian president, at some moments of its history Brazil was able to overcome this policy, but the policy of Bolsonaro is another return to the doctrine.

“One can see submissive alignment [with the United States], and in some cases even contempt for the country’s sovereignty”, the ex-president noted.

Rousseff believes that such a policy damages Brazilian relations with international organisations providing alternatives to the pro-Western political course.

“I think that BRICS [Brazil, Russia, India, China and South Africa] looks more like RICS [without Brazil] now, because Brazil has been left behind thanks to this absolutely conservative and US-oriented policy”, she stressed.

The politician pointed out the need to develop Brazil’s relations with other BRICS countries.

Rousseff was removed from office in August 2016 after the parliament accused her of misusing public funds at the request of then-Vice President Michel Temer, who has subsequently faced charges of corruption.