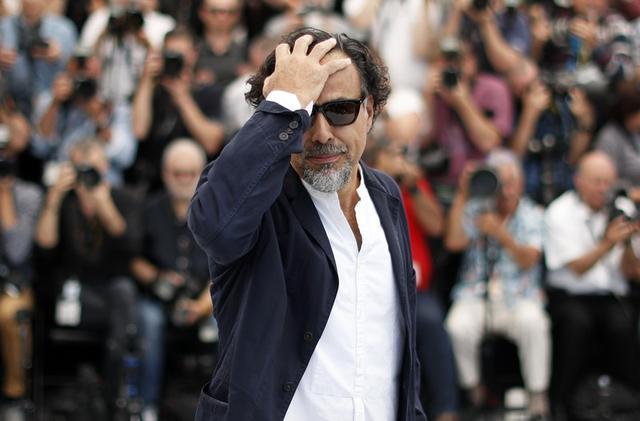 CANNES, France (Reuters) – Cannes jury president Alejandro Gonzalez Inarritu lauded the “communal experience” of watching movies in cinemas as the French film festival, locked in a row with streaming services such as Netflix, got under way on Tuesday.

The Mexican maker of “Birdman” heads up a panel that includes U.S. actress Elle Fanning and “The Favourite” director Yorgos Lanthimos, and will pick the winner of the top Palme D’Or prize on May 25.

At a time when streaming companies are becoming prolific production houses, turning out serious award contenders although no Netflix films were selected to compete at Cannes, Inarritu defended movie theaters.

“I’m a true believer that to watch is not to see a film … Cinema was born to be experienced, in a communal experience,” Inarritu told a news conference, hours ahead of the first night of the festival on the French Riviera, set to open with the zombie-fest “The Dead Don’t Die”.

Inarritu said he did not have anything against “watching something on a phone”, and that the likes of Netflix had helped bring local films to markets such as Mexico.

“It’s great that they exist in TV, but why not give people the choice to experience them in the cinema,” Inarritu said.

The spat between Cannes and Netflix over rules dictating that films in competition cannot be streamed for the following three years is expected to dominate discussions at the festival.

Inarritu said the jury would be looking out for the films that struck them the most “emotionally, intellectually” and that disturbed or provoked them.

Big names such as Quentin Tarantino will up be against newcomers, including some presenting their first ever movie, like young French filmmaker Ladj Ly with “Les Miserables”.

Excluding Inarritu, the Cannes jury is made up of four men and four women as organizers make a push to shine a greater light on female cinema talents.

“(I’m) also looking forward to the time when we come and we don’t have to say ‘the women directors’ and ‘the women’,” U.S. filmmaker and jury member Kelly Reichardt said.