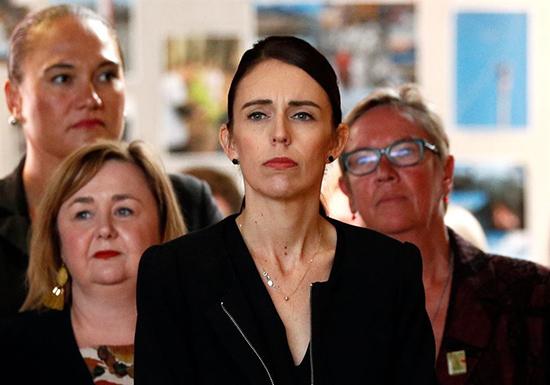 Ardern announced a ban on military-style semi-automatic weapons, assault rifles and high-capacity magazines only days after the March 15 mass shootings on two mosques in Christchurch, which claimed 51 lives.

New Zealand Prime Minister Jacinda Ardern has said that she does “not understand” why the US has not passed stronger gun laws in the aftermath of mass shooting events.

The visiting Prime Minister made the remark during a CNN interview on Tuesday here ahead of a summit on online extremism slated to begin in the French capital on Wednesday.

Ardern announced a ban on military-style semi-automatic weapons, assault rifles and high-capacity magazines only days after the March 15 mass shootings on two mosques in Christchurch, which claimed 51 lives.

She told CNN on Tuesday that guns have a “practical purpose” in New Zealand but “that does not mean you need access to military-style semi-automatic weapons and assault rifles”.

“Australia experienced a massacre and changed their laws. New Zealand had its experience and changed its laws. To be honest, I do not understand the US.”

The summit was organised by Ardern and French President Emmanuel Macron. It will see world leaders and tech executives, including representatives from Twitter and Google, sign a pledge called the “Christchurch Call”, which aims to end the use of social media for acts of terrorism.

Ardern told CNN that the meeting “is not about regulation, it is about bringing companies to the table”, adding that Facebook CEO Mark Zuckerberg has given “Facebook’s support to this call to action”.

The focus will “very much be on violent extremism”, she said, adding that the pledge will not limit or curtail “the freedom of expression”.

Facebook removed 1.5 million videos of the Christchurch attacks in the first 24 hours after the massacre. It also blocked 1.2 million of them at upload, meaning they would not have been seen by users.

“When it came to the way this attack was specifically designed to be broadcast and to go viral, (responding) to that needed a global solution, so that was why we immediately got in contact with international counterparts,” Ardern added.