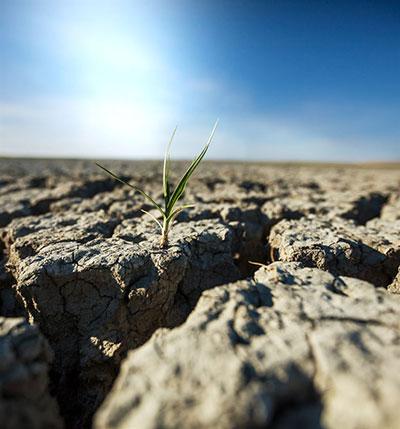 North Korea is suffering from serious droughts that have led to a sharp drop in grain production and the drying of many rivers, a U.S. charity group said in a report after a trip to the impoverished communist nation.

Christian Friends of Korea (CFK), a U.S.-based nonprofit organization, sent an 11-member team to North Korea from March 18-April 8 to check on the distribution of its assistance and treat hepatitis patients in medical care centers across the country.

The organization posted a report on its website detailing the team’s trip.

“Throughout our travels, we heard from many care centers that the 2018 corn crop sustained heavy losses (40-50 percent reduction) due to the drought and prolonged high temperatures last summer,” the report said.

“While the winter was fairly mild, it also lacked in snowfall, so drought conditions are continuing into the spring planting season. Riverbeds for the most part were dry or very low through the region where we traveled,” it added.

The World Food Programme and the Food and Agriculture Organization recently reported, based on its visit to North Korea, that the country’s crop output last year hit the lowest level since 2008, adding that an estimated 10 million people, or about 40 percent of its population, are in urgent need of food.

They also projected that the food situation in North Korea could deteriorate during the “lean season from May to September, if no proper and urgent humanitarian actions are taken.”

South Korea is drawing up plans to provide food to North Korea in the hope of helping alleviate the situation there and to help keep the stalled negotiating process alive, despite the North’s recent projectile launches.

A unification official earlier said that it is necessary to send food before September as recommended by the WFP and FAO report to effectively help North Korean people. (Yonhap)