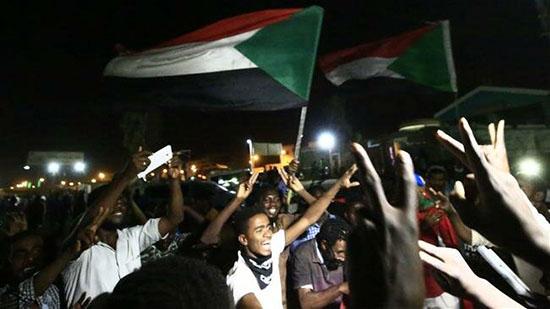 Military rulers and protest leaders in Sudan have reportedly reached an agreement on a three-year transition period for the transfer of power to an entirely civilian government, as talks continues on a new sovereign ruling body.

Protest leaders announced a broad deal with the ruling generals — over the new power structure — on Monday. But that deal had to be fleshed out. With the specific agreement on the transition period reached on Tuesday, the two sides now have to decide about the percentage of participation in the future ruling body by military and civilian rulers.

Atta explained that the first six months of the transition period would be allocated to signing peace deals with rebels in the war zones in the country, such as Darfur, Blue Nile, and South Kordofan.

The general pledged that a final agreement on the establishment of the next ruling body — the sovereign council — would be signed within a day with the representatives of the protest movement, the Alliance for Freedom and Change (AFC).

“We vow to our people that the agreement will be completed fully within 24 hours in a way that it meets the people’s aspirations,” he said.

The protest movement is demanding a civilian-led transition after the 30-year rule by president Omar al-Bashir, who was recently ousted, though the generals that deposed him have assumed a leadership role in the form of the so-called Transitional Military Council.

While the army generals had initially insisted on a two-year transitional period, the protest leaders sought a four-year term.

As crucial talks continue on the make-up of the sovereign council, which will substitute the existing ruling council, the army generals insist that it remain military-led while the protest leaders are adamant that the majority of its members should be civilians.

Upon the establishment of the sovereign council, a new transitional civilian government will be formed to administer the country’s day-to-day affairs and would work toward holding the first post-Bashir elections after the transition period concludes.

Atta further explained that during the transition period, the country’s parliament will be composed of 300 members, 67 percent of whom will be from the AFC and the rest will be from other political parties.

The development came after the two sides resumed negotiations earlier this week, though it was tarnished by violence when five protesters and an army major were shot dead by unidentified gunmen at a protest sit-in just outside the military headquarters in the capital, Khartoum

The AFC described the Monday violence as an attempt to “disturb the [initial] breakthrough” in the talks, blaming the remnants of Bashir’s regime and its allied militias.

However, on Tuesday, it blamed the military council for the lack of security.

“We put the whole responsibility on the military council for what happened yesterday because it’s their direct responsibility to guard and protect the citizens,” a member of the protest movement, Mohamed Naji al-Assam, told reporters.