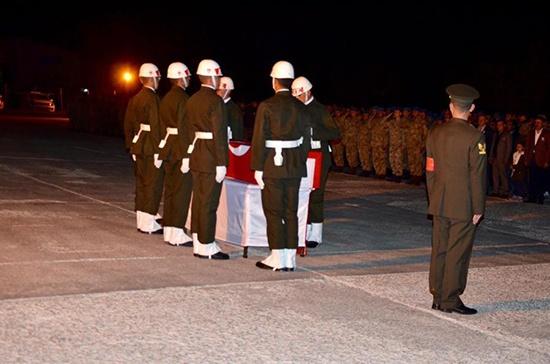 The U.S. Navy made a statement Friday saying, “Iran may attack the oil tankers in the Persian Gulf.” Two days later, on Sunday, Saudi Arabia and the United Arab Emirates (UAE) reported that four cargo ships had been “sabotaged.” The two Arab countries and U.S. sources claimed that four UAE cargo ships had been attacked off Al Fujairah port, and pointed to Iran as the target.

For days, incredible developments have been observed in the U.S., Israel, Saudi Arabia and UAE. The U.S., which exacerbated the oil embargo on Iran and removed the waiver for eight countries – including Turkey – immediately deploying aircraft carriers, missile carriers, attack ships, aircraft fleets including F-35 fleets, a 1,000-person hospital ship in the region, claims that it received intelligence about Iran launching a possible attack.

The U.S. secretary of state then cuts his overseas visits short on two occasions and returns to his country saying, “I have to be in Washington.” However, this intelligence very much resembles the claims ahead of the invasion of Iran that Saddam Hussein had chemical weapons and that even mobile chemical weapons were being produced.

Back then, George Bush, Tony Blair and Colin Powell deceived the whole world and made presentations at the U.N. General Assembly. And this great lie was confessed only after Iraq’s division. Based on the so-called “intelligence,” preparations like those ahead of Iraq’s invasion have been launched. The same preparations are ongoing in Israel, Saudi Arabia and the UAE as well.

The U.S. told countries importing Iranian oil, “You will now buy oil from Saudi Arabia.” It also pressured the Baghdad administration to keep its distance from Iran.

As everybody asks the million-dollar question, “What are they preparing for?” the interventions from Libya to Yemen, from the military coup in Sudan to the north of Syria, through the Emirati and Saudi Arabian crown princes have spun out of control.

It seems we are face-to-face with a new Persian-Arab crisis. A new era that will drag the whole region into endless wars through Persian nationalism and Arab nationalism is being initiated. Of course, this war is going to be promoted through religion, through sects. It is going to be promoted through Saudi Arabian Sunnism and Iranian Shiism. The Muslim world is going to be condemned to a hegemony war, a colonial war stuck between two identities. The U.S., Israel and their Western partners are going to watch with pleasure as a new doomsday is launched for the Muslim world.

Those two crown princes’ betrayals are going to destroy the region

After the Iraq and Syria wars, the U.S.-Israel-U.K. axis is now forming the infrastructure of a more widespread crisis with the Iran-Saudi Arabia front. Preparations are being made to destroy both Iran and the Arab world through the crown princes of the UAE and Saudi Arabia who have gone off the deep end.

Such tensions have long since been building up. The interventions made through the UAE and Saudi Arabia, attempts to redesign the region were all perceived as disparate examples. The overt and latent operations from the Jerusalem issue in Palestine and the “great betrayal” promoted as the “deal of the century,” to the attacks on the ruling government in Libya through the U.S.’s man, Haftar, to the latest military coup in Sudan, were the first steps of the great redesign of the region.

The common point in every one of these regional interventions is Turkey’s opposing stance. They are intervening everywhere Turkey touches. The fact that all events are developing in such a way to restrict Turkey’s movement during the preparations for war with Iran should alert us all.

Like the Sea Wolf drill conducted across three seas at once, Turkey should re-determine its entire defense and make preparations accordingly.

What awaits us at the project’s Turkey phase? Who are these ‘native agents’?

Turkey is at the center of the current activities spanning North Africa and Sudan, Syria and the Persian Gulf. The reason behind Turkey being targeted to this extent, the reason why they siege it, put economic pressure on it, and make efforts to bring it to its knees by forming local and foreign coalitions is that great design project. Because the map Turkey opposes will never come to be. Hence, Turkey is the great target. The Turkey phase of this regional design is quite serious.

An extraordinary situation, from the intervention on the March 31 elections to new coup rumors, from forming a vast coalition to topple President Recep Tayyip Erdoğan, to preparations for an “inside operation” by transferring UAE-Saudi funds into Turkey, is apparent.

They established a bigger coalition than July 15

This time around, a much different version of the July 15, 2016 coup attempt is being promoted from the “south.” The internal leg of the multinational intervention became clearer with the scrapping of the Istanbul mayoral elections as a result of the electoral theft organized by the very same coalition. Everybody made haste to take advantage of the situation and take their place in the new wave.

As we deal with the June 23 elections, shaking developments may take place in the entire region before they are upon us. Hence, we are carefully following every step concerning the operation. Of course we have interesting observations concerning the Turkey phase. We are not going to say anything based on names and groups for the time being, because I know it is going to be perceived as a radical comment.

İmamoğlu, FETÖ, the funds of the two Arab crown princes

Yet the pieces are coming together. Ekrem İmamoğlu and the Fetullah Terrorist Organization (FETÖ) supporting are only a part of this. A conservative tone and discourse, certain political activities that are being organized are also another dimension of this. I am personally seeing a vaster alliance, coalition than July 15 being established.

They may use Iran to target Turkey’s national resistance.

Saudi Arabia, the UAE and their bosses have a very intense Turkey agenda. If Mohammed bin Salman and Mohammed bin Zayed’s funds have started to flow to certain addresses in Turkey, then the real action will follow. Just wait.