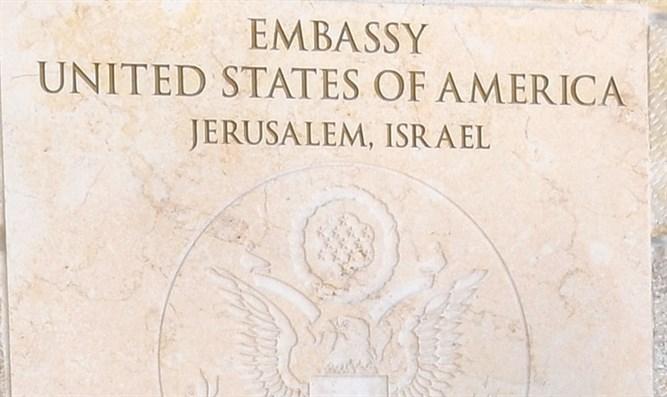 israelnationalnews.com-PA asks ICC to take legal action against the US over the relocation of its embassy in Israel from Tel Aviv to Jerusalem.

Riyad Malki, the Palestinian Authority (PA) “foreign minister”, on Wednesday submitted a request to The Hague-based International Criminal Court (ICC) for legal action against the US over the relocation of its embassy in Israel from Tel Aviv to Jerusalem.

Ramallah claims the US relocation of the embassy to Jerusalem was “in clear violation of international law”, reported the Turkish Anadolu news agency.

“One year after the Trump administration carried out its provocative and illegal action, the State of Palestine continues to seek justice and accountability through the tools and mechanisms available to law-abiding and respecting states within the international system,” Malki said in a statement.

“The submission of this indictment list to the ICC Prosecutor comes as a continuation of the proceedings initiated by the State of Palestine since September 29, 2018, when it filed an application to initiate action against the US,” he added.

The move, Malki continued, is aimed at “defending [Palestine’s] rights and interests against illegal actions by the US; to protect the city of Jerusalem; and to reject all illegal and unilateral measures practiced by the current US administration.”

The PA officially joined the ICC on April 1, 2015, and immediately filed a series of legal complaints with the court against Israel.

In addition to claiming that Israel committed war crimes during the 2014 Gaza war, it also claimed that Israeli “settlements” are “an ongoing war crime”.

Last September, the PA called on the ICC to launch an official investigation into “the ongoing crimes of the Israeli occupation and the settlers.”

The PA was outraged at US President Donald Trump’s recognition of Jerusalem as Israel’s capital and his relocation of the US embassy to Jerusalem. It has been boycotting the US ever since and has rejected the upcoming US peace plan before it has even been unveiled.