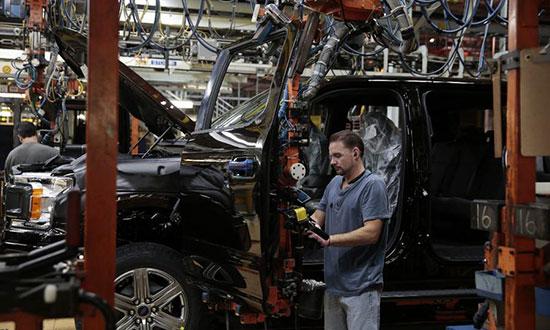 Despite a strong headline GDP number for Q1, every important measure points to a continued slowdown starting last year

President Trump Wednesday postponed a decision on a 25% automobile import tariff, and US equities gained back a bit of the ground they had lost in Monday’s route. Oil prices ignored drone attacks on a Saudi pipeline from Iran-backed Houthi rebels in Yemen.

Neither the trade war nor a Middle East war is likely to upset markets in the next couple of weeks. After equity investors showed the White House the instruments of torture, the ebullient US president is likely to weigh his next tweets more carefully. To paraphrase Sigmund Freud, hysterical misery has given way to ordinary unhappiness, in particular, the unhappiness of a slowing US economy.

I do not know whether the White House has wrapped its mind around the deteriorating economic situation. President Trump continues to quote the headline 1st quarter growth number of 3.2%, although the pallid 1.2% growth rate of final domestic sales is far more indicative of the state of the economy (and consistent with all the other data).

Every important parameter shows the same pattern: A big rise during the “Trump Bump” of 2017 and early 2018 followed by a slowdown in late 2018 and the first months of 2019.

The US reported drops in retail sales and industrial production Wednesday morning, disappointing analysts who predicted modest increases. Shown in the chart below are month data (left-hand scale) and the 3-month rolling average (right-hand scale). The 3-month average shows an annualized gain of 1%; with the Consumer Price Index rising at more than 2% a year, this denotes a contraction in real terms.

That may seem odd given the strong hiring data, but it really isn’t. Adjusted for a fall in the number of hours worked, the growth rate of actual work done in the United States has fallen sharply. And, as I reported previously, that fall mirrors the decline in the National Association of Purchasing Managers’ Index for manufacturing.

The decline in the industrial production index for manufacturing tracks (and in fact is predicted by) declines in the volume of US freight traffic as reported by CASS:

A slowing economy isn’t good news for US equities, apart from the risk of further political shocks. The bond market is telling us that economic conditions are weak, with the 2-year Treasury yield falling to just 2.17% from an early November peak of just below 3%. The yield on 10-year inflation-protected Treasuries fell from 1.16% to just 0.53% during the same period.

With interest rates falling, it’s not surprising that utilities and consumer staples have outperformed the rest of the US market during the past 30 days:

A combination of ultra-conservative US equities (including real estate) and Chinese stocks seems a good portfolio blend.