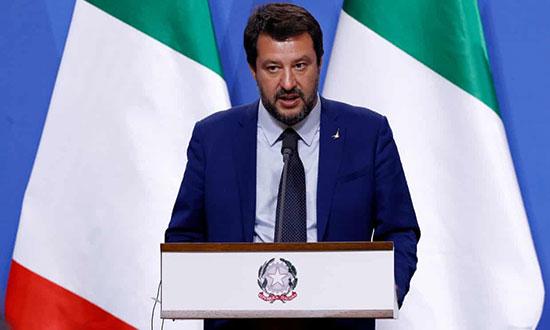 On Saturday, Italy’s interior minister, Matteo Salvini, will gather nationalists from across Europe for a rally in Milan’s Piazza Duomo, in an attempt to show he can unite the continent’s far-right forces before next week’s European elections.

There has been an increase of nativist, populist parties in many parts of Europe in recent years. From the villages of Normandy to the Hungarian plains, they go into the elections with similar messages of national identities under threat, the dangers of migration and a reassertion of national sovereignty.

However, there remains one issue on which the continent’s rightwing populists are split: Russia.

For many nationalist and far-right parties, support for Russia is a natural side-effect of anti-Americanism and anti-EU sentiment. Many also like the Kremlin’s focus on traditional values and wrongly believe the president, Vladimir Putin, to be a nativist ethno-nationalist leader. There are also suggestions of covert Russian support or funding for far-right parties.

Salvini has praised Putin and even worn a Putin T-shirt during a session of the European parliament. Marine Le Pen, who has signed her National Rally party up to Salvini’s bloc, said Russia’s annexation of Crimea was legitimate. Her party has taken a loan from a Russian bank. Shortly before presidential elections in France in 2017, she met Putin in the Kremlin.

For other nationalists, especially those from Scandinavia and the Baltic states, Russia is a strategic threat that must be aggressively countered.

“We are very concerned about Russian aggression. A wounded bear is dangerous,” MEP Anders Vistisen, of the Danish People’s party said last month in Milan, on the sidelines of Salvini’s nationalist coalition launch. He travelled to Milan to join the bloc but made it clear he had little time for the pro-Russia policy of his new ally.

Perhaps the biggest segment of nationalist MEPs who are likely to stay out of a formal alliance, partly due to concerns over Russia, are those from Poland’s ruling Law and Justice party (PiS). Salvini travelled to Warsaw at the beginning of the year to woo the PiS chairman Jarosław Kaczyński but the Poles are unlikely to formally join his coalition.

Kaczynski has doubts about a close alliance with any pro-Russia politician, including Hungary’s Viktor Orbán, who has feted Salvini. Orbán may join the new bloc if his Fidesz party is kicked out of the centre-right European People’s party after the elections.

Radosław Fogiel, a policy adviser to Kaczyński, said in an interview with the Guardian in February: “They agree on many things when it comes to immigration policy or the way the EU should go in the future but we never hide that the Hungarian stance towards Russia and Putin is something we do not approve of.”

He also ruled out cooperation between PiS and Le Pen, partly due to the Russia links. “Not only is she funded by Russia, she’s way more far right when it comes to the social issues. She’s way too extreme for us to cooperate.”

Estonia’s EKRE, a far-right party that is part of the country’s government, has said it will join Salvini’s bloc but the party is staunchly anti-Russian. Jaak Madison, an EKRE MP and set to become an MEP if the party clears the threshold in European elections, said last week he planned to ask Le Pen about her loan from Russia when she travelled to Tallinn at the beginning of this week.

“I haven’t met her yet to ask this question. [When we meet] we have this possibility to ask, ‘If you got the loan, did you pay it back?’ If we will see proof she paid back the loan then it’s fine,” said Madison.

He said the best policy was to agree to disagree. “We understand their position. They don’t have 25% of Russians in their population and they don’t have 50 years of occupation,” he said. Nevertheless, politicians from other Estonian parties blasted EKRE for hosting Le Pen in the Estonian parliament. Getting too close to a politician considered to be pro-Russian could be electorally dangerous for a nationalist party in a country that is deeply suspicious of Russia.

When asked about Russian funding by an Estonian journalist at a press conference in Tallinn on Tuesday, Le Pen grew irate. “I find your question insulting. I find it hard to understand that you insist on asking about Russia,” she said.

Vistisen said there had been a concerted effort to make the manifesto of Salvini’s new bloc as vague as possible so as “not to exclude anyone who potentially wants to be with us”. He said, that in regards to Russia, it was best simply to avoid the topic. “We have agreed that it’s very important that member states decide their own sovereign foreign policy.”