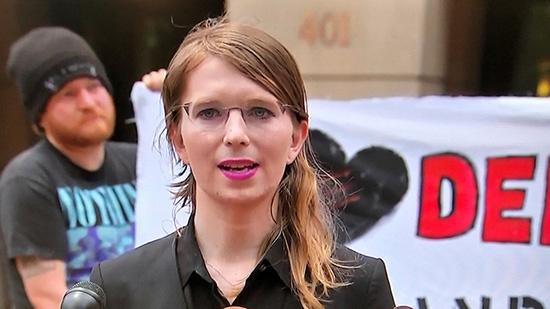 A federal judge has ordered Chelsea Manning to be jailed again for refusing to testify in a grand jury probe of Julian Assange, threatening the whistleblower with fines if the defiance continues. Manning says she would rather die.

“I would rather starve to death than to change my opinion in this regard. And when I say that, I mean that quite literally,”Manning said during a hearing at a federal courthouse in Virginia on Thursday.

The US Army intelligence specialist has already spent seven years behind bars for handing over classified military and diplomatic files to WikiLeaks in 2010, and another 62 days in jail until last week for refusing to testify before another grand jury.

I asked Chelsea Manning why the government is even going ahead with this process knowing that she’ll never betray her principles to testify.

She explained that the government’s “goal here is really to relitigate the court-martial” for which she already served 7 years. pic.twitter.com/HPbMtmSIMp

This time, Manning faces a fine of $500 a day if she continues to refuse cooperation after 30 days in jail. The fine will go up to $1,000 a day after two months.

“I have never heard of jailing a witness for this long,” former FBI agent and whistleblower Colleen Rowley told RT. If the grand jury term goes on for 18 months, the fines could exceed half a million dollars, she added, calling it “draconian.”

Rowley added that the jailing of Manning is either illegal retaliation by the Trump administration, “or the case against Julian Assange is just that weak that they absolutely need Chelsea Manning’s testimony in order to firm up these specious charges.”

Before the hearing, Manning told reporters outside the courtroom that she will persist in defying the federal subpoena “forever, indefinitely.”

I am not going to comply with this grand jury.

The questions asked by the previous panel were very “broad and generic,” the same things asked at the court-martial, Manning told reporters, speculating that the government is trying to “re-litigate” that trial because it did not like the outcome.

Manning was sentenced in 2013 to 35 years in prison under the Espionage Act, but her sentence was commuted by President Barack Obama, and she was released in May 2017.

The new grand jury subpoena appears to be related to the US prosecution of WikiLeaks publisher Julian Assange, who was arrested last month and is currently awaiting his extradition hearing in the UK. Assange is officially accused of conspiring with Manning to hack into Pentagon computers, while acknowledging the hack never actually happened.

“I’ve read the indictment and the affidavit that came with the indictment” against Assange, Manning said on Thursday, “and the case doesn’t make sense, it seems kind of bananas.”

If there is already an indictment against Assange, what’s the purpose of another grand jury, Manning asked reporters.