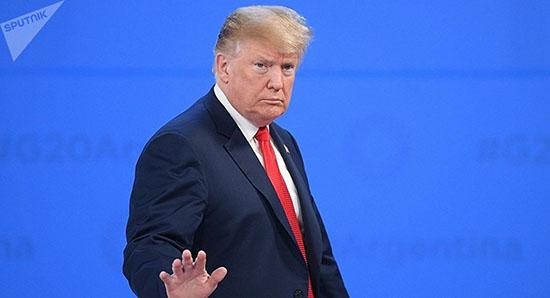 When France and Germany opposed the U.S.-led invasion of Iraq in 2003, the George W. Bush administration dismissed them as representing “old Europe,” even as it prosecuted the war with Britain by its side. More than a decade later, Washington and all its major partners across the Atlantic find themselves on opposing sides again—this time, over how to deal with Iran.

These differences came to a head this week when Britain’s Ministry of Defense issued a statement backing comments made by a senior British military official disputing U.S. claims of an increased Iranian threat in the Middle East. The remarks, delivered Tuesday by British Army Major General Chris Ghika at the Pentagon, were quickly rejected by U.S. Central Command as running “counter to the identified credible threats available to intelligence from U.S. and allies regarding Iranian backed forces in the region.”

Such public disputes—particularly between allies with defense ties as deep as those between London and Washington—are rare. But the issue of Iran has proved incredibly divisive for the United States and its European partners. The Trump administration and its allies in France, Germany, and Britain have been at bitter odds over Iran since President Donald Trump made the consequential decision last year to withdraw the U.S. from the Iran nuclear agreement and reimpose crippling sanctions on Tehran—a move the deal’s European signatories not only condemned, but have actively worked to circumvent.

More than a year later, Europeans are struggling to keep the agreement alive, and regard the United States’ claims of new threats from Iran as part of the effort to undermine the agreement even further. The more the U.S. increases pressure on Iran, the thinking seems to be, the more likely Tehran is to take retaliatory steps that could disrupt the fragile impasse in the region. This transatlantic divergence intensified in recent weeks following seemingly escalatory steps between the U.S. and Iran.

First came the deployment last week of U.S. warships and bombers to the region to deter what the U.S. deemed to be Iranian threats. The move itself was not inherently unusual (as my colleagues Kathy Gilsinan and Mike Giglio reported, the current deployment had been scheduled as part of an ongoing mission), but the way it was presented was: In a statement, National Security Adviser John Bolton called it “a clear and unmistakable message to the Iranian regime that any attack on United States interests or on those of our allies will be met with unrelenting force.”

Then followed a New York Times story Monday reporting that the Trump administration had drawn up war plans against Tehran involving as many as 120,000 troops. Though Trump denied the story, he didn’t dispute the idea that war with Iran was possible. “I have not planned for that,” Trump toldreporters outside the White House on Tuesday. “If we did that, we’d send a hell of a lot more troops than that.”

In response to the United States’ “maximum pressure” campaign, European leaders called for “maximum restraint.” Federica Mogherini, the European Union’s chief diplomat, said this week that the bloc had urged U.S. Secretary of State Mike Pompeo to avoid military escalation. Jeremy Hunt, the British foreign secretary, warned that a failure to do so could risk “a conflict happening by accident with an escalation that is unintended on either side.”

Though the United States hasn’t taken additional steps—Pompeo, in fact, said that the U.S. didn’t want war with Iran—its European allies have signaled that they would oppose such actions if it did. The Spanish government announcedTuesday that it would no longer participate in a U.S.-led naval group in the Persian Gulf after U.S. authorities changed its original objective to focus on rising tensions with Iran. (Spain was a staunch ally of the U.S. invasion of Iraq.) The next day, Germany said it would maintain its embassy- and consular-staff numbers in Iraq after the State Department ordered a partial evacuation of the U.S. embassy in Baghdad, citing concerns of threats from Iranian-backed forces. The Netherlands said the same. (Britain reportedlyraised Thursday the threat level for its forces and diplomats in Iraq because of an increased security risk from Iran.)

That Britain—which, unlike France and Germany, joined Washington’s “coalition of the willing” in the 2003 invasion—was among the first to voice its opposition to further escalation against Iran signals that Trump could struggle to rally U.S. allies in the West if tensions were to increase. Besides, even if European leaders were to change their mind, it’s unlikely that their publics would do the same: Europeans overwhelmingly opposed the