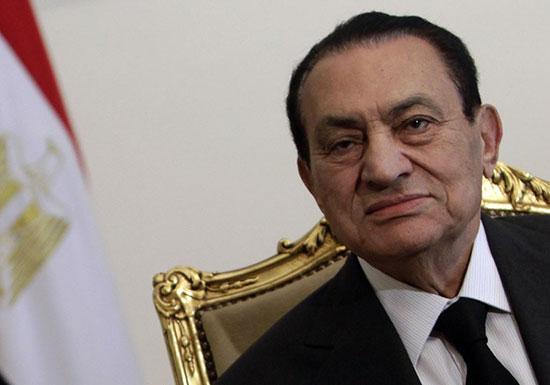 A former Egyptian president has revealed to a Kuwaiti journalist that Gamal Abdel Nasser’s son-in-law was not a Mossad spy, but had given false information to Israeli intelligence.

Kuwaiti journalist Fajr al-Said tweeted this week that the deposed Egyptian president, Muhammad Hosni El Sayed Mubarak, has confirmed in an interview that Ashraf Marwan was not a spy for Israel, but was in fact a double agent who gave false information to Israeli intelligence and was hanged in the Jewish State.

A-Said interviewed Mubarak for a piece that is expected to be published on Monday in Al-Anba,  an Arabic-language Kuwaiti daily newspaper.

During the conversation, the former president said, “Ashraf Marwan was not a spy for Israel, it was [Anwar] Sadat who cleared him of all suspicion and said that he was passing false information on to those who believed that they had recruited him.”

Mubarak also referred to Iraq’s invasion of Kuwait, the consequences of US President Donald Trump’s ‘deal of the century,’ the return of the Sinai Peninsula and the peace deal with Israel, and the influence of the United States and Russia on the Middle East.

Marwan was married to Mona Gamal Abdel Nasser, President Gamal Abdel Nasser’s daughter. He also served as a close adviser to Sadat. There are several versions of the story about his cooperation with Israel over the years. While some believe he was a spy, others say he was a double agent.

He is believed to have been the individual who passed on the information about Egyptian preparations for the Yom Kippur War to the Jewish state.

On June 27, 2007, Marwan was found dead outside of his apartment in London. It is not clear whether he fell, jumped or was pushed off the apartment’s balcony.

Controversy even surrounded his death. While his wife believed the Israeli Mossad murdered her husband, other accounts said he was killed by Egyptian agents for spying for Israel. After his death, Mubarak claimed that the rumors he spied for Israel were a lie.

In 2018, the Netflix film, The film “The Angel,” recounted Marwan’s story.