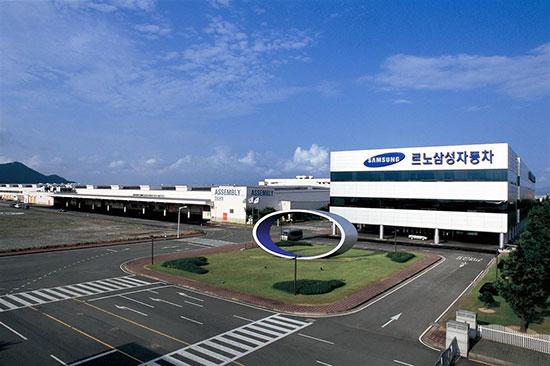 Renault Samsung’s union and management have reached a tentative agreement over last year’s extended salary and labor conditions negotiations, 11 months after they began and following 250 hours lost to strikes, the carmaker said Thursday.

According to Renault Samsung, representatives of its management and union drew up the tentative agreement at 6:20 a.m. during their 28th round of talks for the 2018 salary and collective bargaining.

Following the agreement, union members will vote on the tentative deal May 21.

So far, the two sides have been clashing on several issues, including base pay, relocations, hiring new employees and incentives.

During the negotiations, union members staged 62 partial strikes, and the company also closed its plant in Busan for five days last month, in response to these.

In the tentative deal, the two sides agreed on 1 million won ($850.76) in compensation for freezing the base pay of each employee, a 10.76 million won incentive for each and hiring 60 additional employees.

So far, the union has been demanding a sharp rise in base pay, but took a step back in the tentative deal, following concerns that a prolonged conflict will hamper the company’s bid to win new models from the Renault, Nissan and Mitsubishi Alliance and keep the Busan plant open.

Renault Samsung is in competition with 45 other Renault, Nissan and Mitsubishi plants across the world to earn manufacturing orders, including the XM3 crossover for global sales, from the headquarters. Winning will keep the Busan plant open after the Nissan Rogue manufacturing deal ends in September. The Rogue accounted for nearly half of the plant’s total output.

Over the relocating of employees, the two sides agreed to “introduce a repositioning process” and placed this article into the collective bargaining agreement. So far, the union has been demanding the management get an agreement from the union when it relocates an employee, but the company has refused to do so.

“The process means improvements will be made in relocating in the future,” a Renault Samsung official said without revealing any details.

The tentative agreement came a day after the union threatened an all-out strike, unless management met its demands.