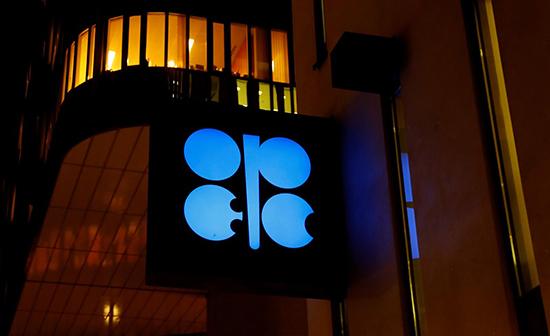 OPEC’s key ally in all production cut agreements since 2017—Russia—appears to have somewhat reluctantly agreed to cut output in each of the OPEC/non-OPEC pacts over the past two years.

Now that the next OPEC and allies’ meeting at the end of June is set to discuss a potential production increase to offset mounting supply disruptions, instead of cuts, Russia seems to be all in on joining a pact to reverse some or all of the current 1.2 million bpd cuts that OPEC and its Moscow-led non-OPEC allies are implementing until June this year.

Russia is not giving away any official indications as to its thinking about the OPEC+ deal. Comments and hints from officials and companies, however, indicate the usual reluctance to continue cutting production once the current agreement expires in June.

A panel of OPEC and non-OPEC partners is meeting in Jeddah, Saudi Arabia, this weekend, to discuss the state of the oil market. No one expects any decision to be taken at this meeting, which is a kind of a preparatory meet-up before the full OPEC and non-OPEC line-up gathers in Vienna on June 25 and 26.

But at this weekend’s meeting, discussion is expected to revolve around a possible production increase after the end of the U.S. sanction waivers to all Iranian oil buyers. Talk of raising—instead of cutting—production would be in line with Russia’s ambition to resume pumping more as its companies benefit from higher production as much as from higher oil prices and have seen their new field production plans stalled by Russia’s commitments to the OPEC+ deals.

Russia is likely to tell the panel meeting in Jeddah that it could increase its production by 300,000 bpd in a short period of time, Maksim Nechaev, Russia director for IHS Markit, told Bloomberg this week.

Russia has a far from perfect track record when it comes to keeping its commitment to the OPEC+ cuts. It always argues that due to weather and geological challenges, it wants gradual reduction until it reaches its quota. In the current cuts, Moscow hit the reduction target only this month—one month before the six-month pact expires.

Looking beyond June, Russia has been sending mixed messages to the market in recent months, leaving the market and analysts guessing how Vladimir Putin will approach the deal this time.

Russia’s biggest oil producer Rosneft, which alongside other Russian companies is said to be reluctant to continue to cut production after June, said this week in its Q1 earnings release that it “has substantial potential to promptly increase production” if restrictions are eased.

Russia’s position on the deal will probably not be known until the very day of the meeting with OPEC at the end of June, so the market and analysts will continue to speculate on the fate of the pact for another month and a half.

Asked about the meeting in Jeddah this weekend, Russian Energy Minister Alexander Novak saidon Wednesday that the OPEC+ alliance feels that it’s still too early to assess how the end of the U.S. waivers for Iranian buyers will impact the oil market as of this month. There are too many uncertainties in the market and it’s too early to talk about possible recommendations to the full OPEC+ meeting at end-June. The Jeddah meeting will assess the current market situation and estimates for future demand and supply, and exchange views, Novak said

This time around, Russia’s goal to start reversing the cuts it has just achieved coincides with expectations of global supply declines, due to the tightened U.S. sanctions on Iran’s oil exports, plunging Venezuelan production, fear of outages in conflict-torn Libya, and concerns about global oil supply routes with the heightened tension in the Middle East’s most important oil waterways.

Saudi Arabia has pledged to fulfill all customer requests for additional barrels from buyers, but it has also said that it won’t be rushing into boosting production in advance until it actually sees Iranian barrels coming off the market and buyers demanding more oil.

An uncontrolled production ramp-up could send oil prices sharply down on oversupply concerns, and this is the last thing Saudi Arabia needs now as it aims to keep oil prices at around and over $70 a barrel Brent for budget revenue purposes.

This weekend’s meeting will be the first official gathering of OPEC and non-OPEC ministers since the U.S. ended the waivers for Iranian oil exports. Although no decisions are expected to be taken in Jeddah, the partners in the deal will exchange views that could be the start of negotiations leading to the end-June meeting.