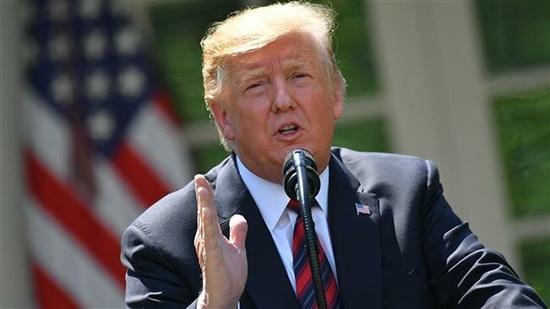 US President Donald Trump has ordered his administration to avoid a military confrontation with Iran, according to reports.

The New York Times reported that Trump, during a Wednesday morning meeting in the Situation Room, sent a message to his hawkish aides that he does not want the intensifying American pressure campaign against the Iranians to explode into open conflict.

“Trump was firm in saying he did not want a military clash with the Iranians,” read the paper citing five senior officials who described the administration’s internal debate over Iran.

“If it was up to John, we’d be in four wars now,” one of the senior officials quoted Trump as describing the president’s National Security Adviser John Bolton.

The account was also echoed by a report published by Reuters on Thursday, saying that Trump had communicated to his national security team and other aides to avoid an armed conflict.

“He doesn’t want to go to war. It’s not who he is,” said one official speaking on condition of anonymity.

The report also cited anonymous officials informed on the matter as saying that Trump had privately expressed concern that some of his advisers, such a Bolton, were pushing for war.

Trump’s concern comes a week after Bolton announced that the US was sending an aircraft carrier strike group and a bomber task force to the Middle East to counter a “threat” from Tehran.

Hawks in Trump’s team – led by Bolton – have also gone as far as drawing up plans for a possible military strike that could involve sending 120,000 soldiers to the Middle East, according to a recent report.

Trump described the news as fake, but many observers have questioned the US administration’s sudden and vague assertions about an emerging Iranian “threat”, citing contradicting remarks made by US intelligence officials and politicians.

Major General Chris Ghika, the deputy commander of the US-led coalitions’ alleged anti-terror operations in Syria and Iraq, has rejected the administration’s assertions.

American lawmakers from both parties have also expressed frustration about the administration’s increasing war rhetoric and lacking consultation with Congress.

In a move to quell lawmakers’ frustration, administration officials held a briefing for the Senate and House leaders from both parties later on Thursday.

Following the session, congressional representatives declined to comment on the classified information discussed during the meeting.

Representatives, however, continued to express conflicting views about the administration’s Iran allegations.

“It’s a situation where this president has surrounded himself with people, Pompeo and Bolton in particular, who believe that getting tough on a military basis with Iran is in our best interest,” said Democrat Senator Richard J. Durbin of Illinois after taking part in the briefing.

The internal tensions over the government’s approach towards Iran have prompted fears that the Trump administration may be seeking armed conflict despite Trump’s unwillingness.

Assistant secretary of defense for international security affairs under President Barack Obama Derek Chollet has said that the Trump administration is caught between fundamental policy contradictions; a “president who wants to withdraw from the Middle East and an administration with a maximalist policy of regime change.”

The comments comes as various reports in the past two weeks have claimed that Trump has been at odds with specifically Bolton and Secretary of State Mike Pompeo over their push for military confrontation with Iran.

Earlier this week, US media reported that Trump was considering replacing hawkish Bolton.

‘There will be no war’

The heated debate over the Trump administration’s Iran policy comes as Leader of the Islamic Revolution Ayatollah Seyyed Ali Khamenei downplayed the US’ highly belligerent rhetoric against Iran earlier this week, stressing that “there is not going to be any war.”