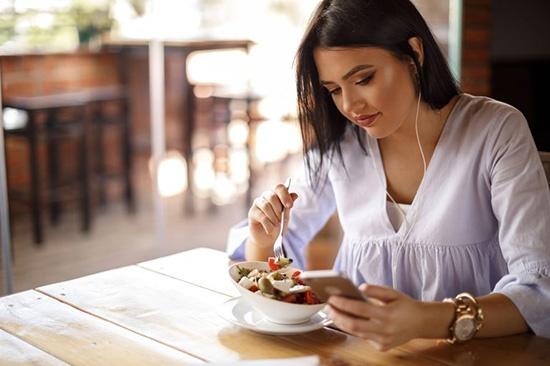 By Mallory Creveling and Kate Dwyer

Oh, to be a celebrity—fame, fortune, and the ability to have personal trainers and nutritionists on speed dial when you want to lose a few pounds.

That’s where Noom comes into play—a fitness and weight-loss app touted as “Weight Watchers for Millennials.” But uh, what does that even mean? And what makes Noom any different than any other weight-loss program or app out there?

Noom? That’s kind of a weird name. What is it?

So, Noom claims to be the “last weight-loss program you’ll ever need,” according to its website. It’s like having a trainer, nutritionist, and health coach all in one place (i.e., your phone).

Where Noom differs from other apps, however, is its focus on making behavioral changes surrounding dieting and weight loss.

The app will show you, for example, the best foods to eat (it rates them on a scale from green to yellow to red). It’ll also prompt you to read tidbits on healthy habits and rate your motivation—and will quiz you after.

Honestly, it sounds kind of like a drag (who has time to read and take quizzes throughout the day?), but it could be the key to successful, sustained weight loss.

“The education elements of the app, such as reducing and understanding calories and carbohydrate intake, increasing physical activity, and gaining nutritional knowledge is imperative,” says Dr. Sue Decotiis, MD, a physician at NYU Medical Center and Lenox Hill Hospital.

It also has the ability to provide support and feedback from others doing the program—all 45 million of them. And it’s not just message boards or automated blurbs—you can actually talk to others in a group chat in real time.

(It should be noted, too, that Noom provides users with “health and wellness coaches” that are approved by the National Consortium for Credentialing Health & Wellness Coaches—though that doesn’t necessarily mean they are trained professionals like registered dietitians or certified trainers.)

“The on-demand rewards from the behavior modification and the social support have been shown to bolster an individual’s success,” adds Decotiis.

Okay, so what happens when I download the Noom app?

When you first download the free app, Noom asks how much weight you’d like to lose, how fast you’d like to lose it (on a scale from tortoise to hare), plus your age, height, and current weight—all pretty standard diet-tracking stuff.

From there, the app asks for permission to access your smartphone’s Health app. It automatically logs your exercise, but asks you to log everything you eat during the day (the app has a database of foods to choose from). Noom actually takes those calories and subtracts them from a daily calorie goal (depending on those factors you shared with it earlier) to show you how many calories you have left in the day.

Noom also tracks your actual weight loss. You enter your weight each week, and the app make a graph of your progress.

If you want to shell out, though, Noom also has paid versions (it’s about $59 a month, but you can buy multiple months at the same time for less money). In the paid version, you fill out a more detailed questionnaire about your lifestyle and health goals, plus what might be holding you back from achieving your weight-loss goals.

But it’s not all questions: Noom’s paid app also relies heavily on an education component—helping you realize, for example, that your salad is less calorie-dense and more nutrient-dense, instead of just telling you salad is a healthy option.

Basically, it’s a diet app that wants you to learn why you want to lose weight and how to do it, instead of just helping you blindly drop pounds.

Does Noom have a specific food program to follow?

So, Noom doesn’t exactly give you a daily menu, if that’s what you’re asking. Instead, it asks you to input everything you eat in daily food logs, and it uses traffic light colors (red, green, yellow) to help you understand how healthy you’re eating.

Green foods, like fruits and veggies, are the least calorie-dense and contain the highest concentration of healthy nutrients. Yellow foods have more calories but aren’t necessarily bad for you—think: meat and dairy. Red foods, like processed foods and desserts, are the most calorie-dense, and the least nutrient-dense.

Red foods aren’t off-limits; the app just aims to make you aware that they’re high in calories and less filling, so you can be aware of what that means for staying within your daily calorie goal.

Alright, so can Noom really help you lose weight?

According to 2016 study in the journal Scientific Reports, definitely.

Researchers analyzed data from 35,921 Noom app users over the course of about nine months and found that 77.9 percent reported they lost weight. One interesting tidbit: Those who neglected recording their dinner in the app lost less weight than those who recorded their dinner regularly.

So while the app can definitely help you lose weight—you have to actually use it. “If the patient uses the elements and inputs honest data, the app should certainly help the user lose weight,” Decotiis says. In other words, listen to the experts and follow the plan and you’ll squash some goals.

Decotiis says the ideal user is someone with a busy lifestyle (hi, almost everyone on the planet!). And those who enjoy virtual support from like-minded peeps (shout-out to millennials) will also benefit.

“This app’s unique feature of having access to doctors and nutritionists, as well as a large online support base separates it from many other app-based weight-loss programs that I have thoughtfully reviewed and recommended to my NYC weight loss patients,” Decotiis says.

Are there any downsides to Noom?

If you have an underlying medical condition that prevents you from shedding weight, well, the app won’t know that—and that might leave you frustrated.

Decotiis suggests seeing a doc before you try it (as you should before jumping into any weight-loss program). Then you’ll know if you have an issue like insulin resistance, thyroid problems, or hormone imbalances, and you can address those first.

Always “on” or “off”? Eating “crazy healthy” or “totally awful”? Sarah knew this feeling all too well… Until she found Noom. Now she’s not “on it” or “off it”, she’s on an entirely different road! ✨ Check out Sarah’s full story by tapping the link in our bio! ✨

Another thing: It’s also pretty pricey, at just about $50 per month—which makes it a little less than the most expensive Weight Watchers plan, but definitely more expensive than just counting calories on your own.

Also—obvious alert—but the app isn’t going to head to the grocery store and cook for you (or drive you to the gym), so you have to take some initiative to actually follow through with the healthy habits suggested.

“These app-based weight-loss programs work by educating users to make more informed decisions,” Decotiis says. “The accountability aspect—inputting data such as caloric intake, sleep, exercise, etc—tends to be very effective in terms of behavior modification. And the visual rewards enforce positive behaviors.” It’s just up to you to make it stick. 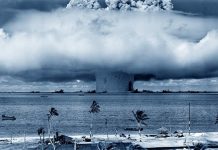 Exercising in the heat safely: how to work out in a heatwave