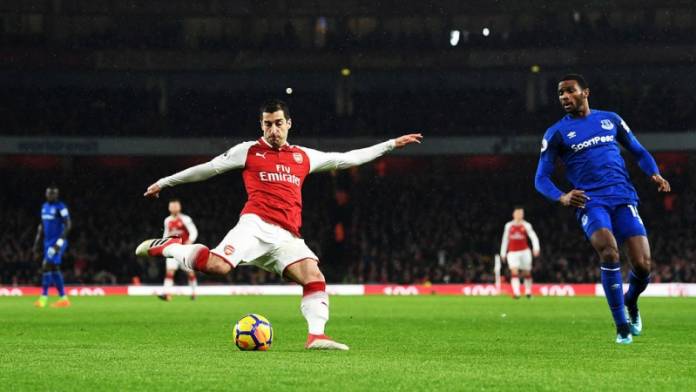 Controversy over the issue is threatening to turn the expected attention from another high-profile Baku event into a PR debacle.

When English soccer team Arsenal meets its crosstown rivals Chelsea in the Europa League Final on May 29, it”s not certain that one of Arsenal”s top players will be on the field. The match will be held in Baku and midfielder Henrikh Mkhitaryan is a native of Armenia, which has been at war with Azerbaijan since the collapse of the Soviet Union.

Controversy over the issue is threatening to turn the expected attention from another high-profile Baku event into a PR debacle.

When Arsenal met Azerbaijani club Qarabag in the tournament”s qualifiers in October, they left Mkhitaryan at home, reportedly over safety concerns. This time, the Azerbaijan Football Association has given Arsenal guarantees of Mkhitaryan”s security while in Baku. “Our government authorities provided guarantees to Uefa for Mkhi to come to Baku, so there is no issue of security and safety,” Elkhan Mammadov, the association”s general secretary, told British newspaper The Daily Telegraph. “We at all times put the sport as something very separate from these political issues,” he said.

It”s not clear whether those guarantees are enough for Mkhitaryan and Arsenal, who as of the time this post was published had not made a decision. As of May 10, “acceptable guarantees have not been received” and the team is “hugely concerned [that] the location of the final could lead to Micki not being able to play,” an Arsenal spokesperson said.

Azerbaijan has a long-running practice of denying ethnic Armenians, no matter their citizenship, entry into the country. The government does make exceptions, including for athletes: in the European Games of 2015, 25 athletes from Armenia participated. In that event the Armenians were often booed by local fans but there were no security incidents.

The Mkhitaryan issue has been only one of the many controversial elements of holding the final in Baku. The British press has been full of withering reports of how difficult it is to get to Baku from London, the limited capacity of the Baku airport and hotels to handle the number of people who would want to see the final, and the denial of visas to British fans of Armenian origin.

Many Azerbaijanis have taken offense at claims that Mkhitaryan would be at risk in their country. The national television network AzTV produced a segment titled “Failed Mkhitaryan Manipulation” in which political analyst Azer Hasrat claimed that more than 30,000 Armenians live in Azerbaijan outside of Karabakh without issue. He added that, “the Azerbaijani government promises to provide the safety of the Armenian player” and cited how Armenian-Ukrainian boxer Gevorg Manukyan took part in the European Games of 2015 in Baku; he was personally awarded a medal by President Ilham Aliyev.

In a post on the controversy by Turan TV, one Facebook user commented that “hundreds of expats from England, Scotland and Ireland work in Azerbaijan, and they have no concerns, but when it comes to football, Azerbaijan is a dangerous country.” Another commented: “in 2015, Armenians came for the European Games, and the president even gave a medal to an Armenian athlete, so what are they worried about?”