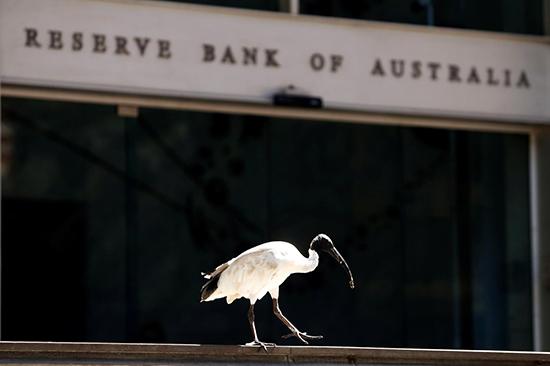 TOKYO (Reuters) – The Australian dollar rallied against the greenback on Monday after a surprise election victory by the country’s conservative government, while the yen eased as risk appetite improved slightly.

The dollar index against a basket of currencies was a shade higher at 98.024, having booked its biggest weekly rise since early March last week.

The election result helped provide stability to the country’s economic outlook, analysts said, as some had feared a win for the less business-friendly centre-left Labor party could have undermined growth.

“There’s a sense of security with the continuation of the current government,” said Yukio Ishizuki, senior currency strategist at Daiwa Securities.

“The risk that the economy will experience a big drop has decreased considerably as a result.”

The Aussie also found support on a statement from China’s central bank on Sunday that it would maintain the stability of its yuan within a reasonable and balanced range.

The yuan has taken a hit recently in the wake of intensifying trade tensions between the United States and China.

Another factor in play was a surge in crude prices after the Organization of the Petroleum Exporting Countries indicated it will likely maintain production cuts, helping spur demand for currencies sensitive to oil prices. [O/R]

The Canadian dollar advanced about a quarter of a percent to C$1.3430.

Against the yen, the dollar added 0.1% to 110.215, building on last week’s gains, when it booked its first weekly advance against the Japanese currency in five weeks.

The yen dipped on a slight improvement in risk appetite, with data showing the Japanese economy unexpectedly accelerated in the last quarter, defying expectations for a mild contraction.

The world’s third-biggest economy grew at an annualised rate of 2.1%, government data showed, accelerating slightly from the previous quarter thanks to net export gains.

The euro was steady at $1.1155, having dropped last week on comments from Italian Deputy Prime Minister Matteo Salvini that European Union rules harm his country.

Investors’ focus this week is on the May 23-26 elections for the new European Parliament.

Market participants will also watch out European readings for a private purchasing managers’ index that measures activity in services and manufacturing due on Thursday, after data last week showed the German economy returned to growth in the first quarter of 2019.

“If we see good PMIs, the euro will form a bottom. It could be the start of the recovery,” said Masafumi Yamamoto, chief currency strategist at Mizuho Securities.