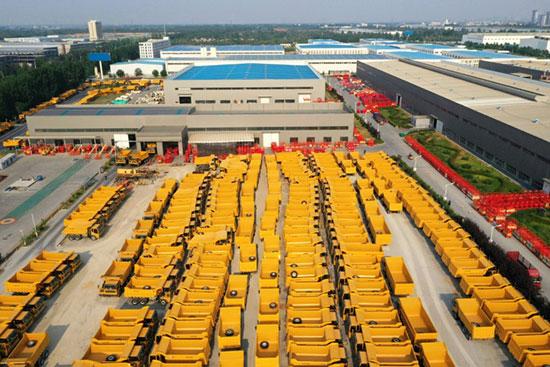 The US on Friday postponed imposing tariffs on automobiles imported from the EU and Japan. That same day, it lifted tariffs on steel and aluminum from Mexico and Canada. Obviously, the US has ordered a cease-fire in other battlegrounds to focus on suppressing China.

This is a major setback for the Trump administration’s trade policy. It shows that the US strength is limited. Wishful thinking by the US is using trade sticks to threaten and destroy every major economy. But it will be passive as long as it meets a strong opponent.

Washington wildly believes it can tear down its largest trade partner and the world’s second-largest economy. But it has misjudged the situation and China’s resistance. The China-US confrontation is a strain on the trade war resources of the US. If Washington doesn’t sign a deal with Beijing, it can hardly continue pressuring on Europe and Japan, or rebuild the global trade structure.

This is the beginning of the failure of “America First,” a policy which is no longer about righteous concerns for US interests, but greedy desires to continue US privileges and suppression of the world. China will maintain equal relations with the US, but will never accept its hegemony.

Europe and Japan may be relieved to know the US decision. They surely are also aware that the reversal of tariffs is related to China’s resistance. Now they should have a better understanding of international trade conflicts.

Some Americans have wanted the US to ease pressure on Europe and Japan and rope them into besieging China. Both Europe and Japan are political and military allies of the US. But in the age when all countries consider development a core interest, China has in fact become a shield that protects the economic interests of other parties, including Europe and Japan, from the US unilateralism.

Multilateralism is the world’s lifeline that maintains equal economic ties. The current US government earnestly believes in its maximum pressure policy. It has become a top priority for humanity to defend multilateralism and oppose hegemony. China’s counterattacks against the US trade war are therefore of global significance.

The US false dissemination that China’s modernization has been achieved by stealing intellectual property is such a racist assertion. China has introduced technology through voluntary trade between enterprises. It is a serious mistake to “nationalize” and “Westernize” intellectual property.

Huawei, one of China’s best high-tech companies, has been leading the world’s 5G network technology. Should Huawei’s success be attributed to “stealing?” The way Europeans and Japanese see China should not be misled by the US. With China’s continuous development, Western countries are eager to increase market share in China and draw China closer to Western rules. China understands and feels positive about such hopes, but opposes the West’s coercive attempts to transform China.

While China has a quite different political system and ideology than Europe and Japan, China has given both much more respect than they have received from the US. Multipolarization and multilateralism should be the most important principles of the world. No country’s interests are allowed to override those of others, and no nation should determine the future of the globe in a unilateral way. China, Europe, Japan and other countries share the same interests on this issue.