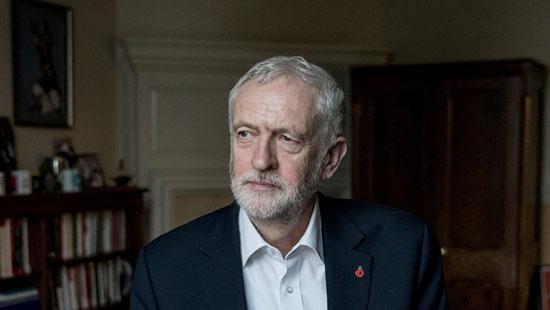 Jeremy Corbyn has given a robust defence of Labour’s decision to try to appeal to both leavers and remainers in this Thursday’s European elections.

With an Observer poll suggesting Labour could be squeezed into third position behind Nigel Farage’s Brexit party and the pro-remain Liberal Democrats, Corbyn said he still wanted to bring the two sides of the Brexit divide together.

“Labour supporters voted both leave and remain, and every other party in this European election is appealing to either one side or the other, defining everybody on 2016. We’re not. We’re defining people as hopefully supporters of us – but also, people who have common problems, however they voted.

“The levels of poverty in remain and leave areas are very similar; the levels of child poverty. I think we have to be responsible about this, and appeal to people across those views.”

Speaking to the BBC’s Andrew Marr, the Labour leader added: “If I may say so, it’s yourself and the British media that are obsessed with defining everybody about how they voted three years ago.”

He also rejected the Birmingham Yardley MP Jess Phillips’scall for Labour to decide whether it is a party that backs Brexit, or opposes it. “She’s not right, because she fought the last general election, just like I did, on a manifesto that said we would respect the result of the referendum.”

However, Corbyn appeared to soften his stance on a second referendum, saying Labour would try to win a majority for its Brexit plan, “and if we can get that through parliament, the proposal we’ve put, then I think it would be reasonable to have a public vote to decide on that in the future”.

Labour sources quickly denied Corbyn had intended the remarks as a shift towards promising a public vote on any deal – the policy advocated by his deputy, Tom Watson, and the shadow Brexit secretary, Keir Starmer.

But one Corbyn loyalist in the shadow cabinet said: “They weren’t throwaway remarks. I think he is softening a bit on the second referendum and on remain generally.”

Some senior Labour figures are concerned that the party is being squeezed by the Lib Dems, who have a clear remain message, adopting the slogan “bollocks to Brexit” for some of their campaign literature.

The Lib Dem leader, Vince Cable, told Marr: “It’s absolutely clear that no Brexit at all is the best option and that is what a vote for the Liberal Democrats is for. We are the ‘stop Brexit’ party.”

Corbyn said a referendum was an “option”, insisting: “If there’s any future public vote, it has to be on the basis of some credible option. At the moment, there is no credible option, because parliament has not agreed on anything.”

In a sometimes ill-tempered interview, the Labour leader also strongly rejected the idea that he had stood on the sidelines during the 2016 referendum campaign, describing it as “absolute nonsense”.

“Some people need to start to understand why people voted leave,” he added.

Cross-party Brexit talks collapsed last week, with Labour complaining that the government was unwilling to shift on Corbyn’s central demand of a customs union with the EU27.

The Labour leader said he would look at any fresh proposals from the government, but would not offer Theresa May a “blank cheque”. He also played down the idea that the legislation could pass all its stages in parliament by the summer recess, in late July, saying he thought it was “very, very unlikely”.

Chuka Umunna, the spokesman for Change UK, the breakaway party set up by former Labour and Conservative MPs, said he believed it was now time to halt the withdrawal process rather than risk a no-deal Brexit.

Umunna warned of a “national emergency”, saying: “I have come to the view that we are now at the point where we are going to need to revoke article 50.”