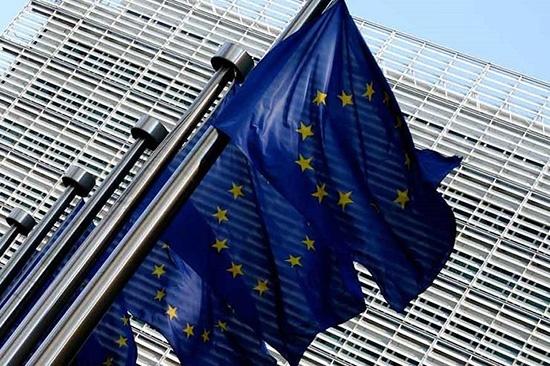 The elections for the European Parliament at the end of May will decide the EU’s future course: A return to nationalism or more integration to increase its global strength? Bernd Riegert reports from Brussels.

“The elections taking place on 26 May will decide the destiny of this continent,” the leader of the Christian Democratic bloc in the European Parliament, Manfred Weber, declared at a plenary session last month. Weber heads the list of candidates for his political family, the European People’s Party (EPP), and he is not alone: Many politicians from all camps have been using the same terms to describe the upcoming European elections. Weber intends to run for president of the European Commission. He sees the vote as a straight fight between pro-Europeans and nationalists. “This Europe that we’re living in today is a good Europe,” he says. “We won’t let today’s nationalists destroy it for us.”

There have never been as many right-wing populists and euroskeptics in EU member states as there are for this election. Opinion polls are indicating that they could get more than 20% of the seats.

The Europe of Orban or Macron?

The national-conservative prime minister of Hungary, Viktor Orban, sees the election as a battle between the illiberal democracy he represents, and liberal democrats. The Hungarian premier has allied himself with German, French, Danish and Italian right-wing parties. He claims that liberal democrats want to “exchange” Europe’s population and “Islamicize” it with an influx of migrants. “We have to understand that Europe has reached a historic crossroads,” Orban said in a speech on Hungary’s national holiday. He declared that anyone who welcomed illegal migrants and refugees was “creating nations of mixed races. In such countries, historic traditions come to an end and a new world order emerges.”

The French president, Emmanuel Macron, is the figure right-wing populists like Viktor Orban, Italy’s Interior Minister Matteo Salvini, or Heinz-Christian Strache, the recently disgraced leader of the Austrian Freedom Party, love to hate. Macron has declared war on “illiberal democracy” and has called for a European “renaissance,” for solidarity and compassion. Macron is proposing major reforms, and he, too, sees the election as a fateful one. “The most important battle in this election is the conflict between those who believe in Europe and those who do not,” the French president said at a meeting of his party, La Republique En Marche, a month before the election.

The established, Europe-friendly parties say the issues the EU needs to address over the coming years are migration, climate protection, trade policy and establishing a strong international role for Europe. There’s little divergence here between Weber, the EPP’s lead candidate, and his counterpart Frans Timmermans from the Party of European Socialists. Both want a new partnership with Africa, for example, and to concentrate more on investing in the countries refugees are coming from.

For the right-wing populists, on the other hand, there is only one issue: isolating Europe, putting up barriers and trying to keep migrants out. The Hungarian foreign minister, Peter Szijjarto, for example, says: “The most important goal for us is an anti-immigration majority, and Hungary will contribute to that.”

The right-wing populists promise their voters a completely different Europe, in which national states will get back rights they have supposedly lost, and the central government in Brussels will be disempowered. Frans Timmermans of the Socialist parliamentary group, who is currently vice president of the European Commission in Brussels, thinks this is nonsense. “We will not hand over power to the extremists in Europe. It’s an election that will decide our destiny. It’s your decision. You decide what kind of Europe we will have for the next five years,” Timmermans said in a debate on German television.

The composition of the new parliament will force Christian Democrats, Social Democrats, Liberals and Greens to work together in a grand coalition, according to Janis Emmanouilidis, a Europe expert from the European Policy Centre, a think tank in Brussels. However, Emmanouilidis does not believe there will be a complete change of course in the EU after the elections. “We’re not going to see a hostile takeover of the EU,” he says. “We must examine this critically, but at the same time, we shouldn’t exaggerate and be too negative. The EU has displayed considerable resilience in the past, and that will also be the case in the future.”

He says that, having survived the debt and migration crises, it’s important that the new parliament arm itself for new crises, relating to the economy or its relationships with the United States, Russia, or China. Emmanouilidis warns that here, too, there are decisions to be made about the EU’s future political direction. “There will be more crises. At this point we don’t know whether these crises will arise out of old problems, or whether there will be new challenges. We have to prepare ourselves to weather the storms.”

Karel Lannoo, the CEO of the Centre for European Policy Studies in Brussels, says that, after the election, the EU must focus above all on economic development and closing the gap in living standards between the richer north and the poorer south. This, he says, is also the only real way of solving the problem of right-wing populism, which tends to be more widely observed in poorer countries. Karel Lannoo is calling for “more integration”: “The most important thing,” he says, “is to make the European single market even stronger, and to be able to trade more with non-European countries. Domestically, we need to consider energy policy, digital economy, and greater freedom of movement for people. Externally, the issue is that free trade has been under attack since Trump became president. It’s likely that even more tariffs will be imposed.”

Decisive question, crossroads, turning point, last chance: Some dramatic imagery is being used in the run-up to the elections, which will take place between 23 and 26 May. Of course, the elections are important, says Margaritis Schinas, the chief spokesperson of the European Commission; however, one shouldn’t exaggerate. “I’ve been in European politics for quite a few years now, and I can’t recall a single election where there wasn’t talk of ‘Europe being at a crossroads.’ We’re always there, actually, and that’s as it should be,” Schinas said recently in an interview with the TV station Euronews. “As we head into the European elections, we shouldn’t be overly dramatic. It’s European democracy’s big moment, and that’s something we should also rather enjoy.”