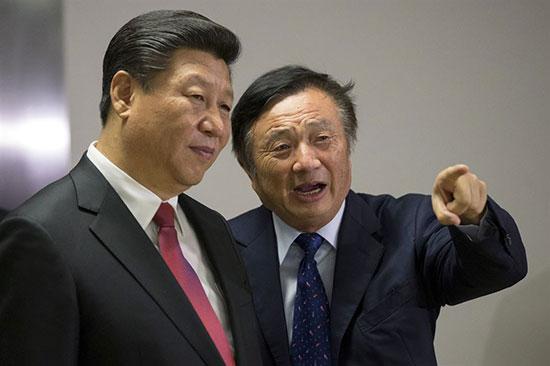 Huawei founder and CEO Ren Zhenghei has claimed that the Chinese company does not need chips from U.S. companies and that the Donald Trump government’s restrictions will have little impact on growth.

Speaking to Japanese media at Huawei’s headquarters in Shenzhen, Saturday, Ren said his company would be “fine” even if Qualcomm or other U.S. suppliers stopped providing chips.

“We have already been preparing for this,” Ren was quoted as saying. “Huawei’s growth may slow, but only slightly.”

The statement comes three days after Washington put Huawei on a trade blacklist, which is expected to make it extremely difficult for Huawei to do business in the U.S.

The U.S. government said Huawei, one of China’s biggest exporters, poses a major spying risk to the country and its allies ― an accusation the Chinese government has called “groundless.”

The U.S. government’s similar ban on China’s ZTE last year pushed the company to the brink of bankruptcy.

“We will not change our management at the request of the U.S. or accept monitoring, as ZTE has done,” Ren said.

“We have not done anything that violates the law.”

He claimed the U.S. government is damaging its credibility by threatening its partners.

Speaking of the prospect of producing 5G equipment in the U.S., Ren added, “Even if the U.S. asks us to manufacture over there, we will not go.”

Huawei, founded in 1987 by Ren, a former engineer with the People’s Liberation Army of China, denies that the company has close ties to the Chinese Communist Party or has any intention of designing equipment to facilitate eavesdropping, as widely suspected.

But many experts say no Chinese company is fully independent of its government, which can legally require companies to help gather intelligence.

So far, some U.S. allies ― notably Australia and New Zealand ― have followed Trump’s lead on Huawei. Others in Europe remain split over whether to ban the company’s devices from their 5G and other networks.