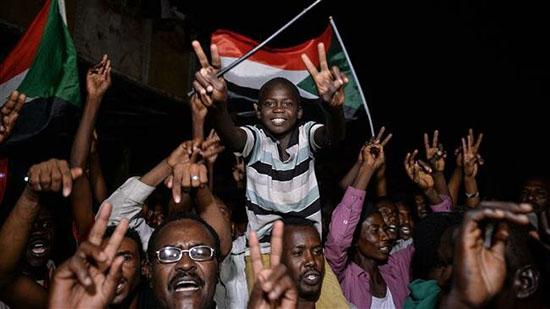 Sudan’s junta and protest leaders have ended another round of negotiations without any agreement on the structure of an interim government to rule the country following the ouster of president, Omar al-Bashir, with more talks planned on Monday.

After hours of negotiations through the night, the Transitional Military Council and the Alliance for Freedom and Change failed to finalize the makeup of the interim government that would rule for a transitional period of three years, media reported on Monday.

The Sudanese Professional Association — the group that initially launched the protest campaign against Bashir in December — said Monday that it was in no rush to finalize the deal.

“We are not in a hurry for the crucial victory… whatever be the outcome, it will be a step forward,” it wrote on Twitter without elaborating.

The junta and protest leaders have been at loggerheads on the leadership of the new governing body.

The junta leaders are insisting that the new body be military-led; however, the protest leaders say they are determined to have a majority civilian body led by a civilian.

The country’s new ruling body must be “led by a civilian as its chairman and with a limited military representation,” the Alliance for Freedom and Change representing protesters had said in a statement before the talks.

The existing military council is headed by General Abdel Fattah al-Burhan, and the generals insist that the overall new body be led by the army.

Cleric Mohamed Ali Jazuli said at a protest rally on Saturday in a warning to the military council that, “If you consider handing over power to a certain faction, then we will consider it a coup.”

Before talks were suspended earlier this week, the generals and protest leaders had agreed on several key issues, including a three-year transition period and the creation of a 300-member parliament, with two thirds of lawmakers to come from the protesters’ umbrella group.

But those talks were marred by violence after five protesters and an army major were shot dead near the ongoing sit-in outside the military headquarters in central Khartoum, where thousands have camped out for weeks.

Initially, the protesters had gathered to demand Bashir resign due to the dire economic situation in the country, but they have stayed put after Bashir’s ouster to exert pressure on the junta to step aside.

The protesters had also erected roadblocks on some streets in the capital to put further pressure on the generals during negotiations, but the junta demanded that they be removed and protesters duly took the roadblocks down in recent days.

The protesters, however, said they will put the roadblocks back if the army fails to transfer power to a civilian administration.

Saudi Arabia has deposited $250 million in Sudan’s central bank as part of what it claims to be an aid package announced following Bashir’s ouster.

“The ministry of finance has deposited 937.5 million Saudi riyals into the central bank of Sudan,” it said in a statement Sunday.

The UAE said on April 28 it was depositing $250 million in Sudan’s central bank.

Such packages are, however, being viewed as an attempt to prop up Sudan’s military rulers who are facing mounting pressure from protesters to cede power to a civilian government.