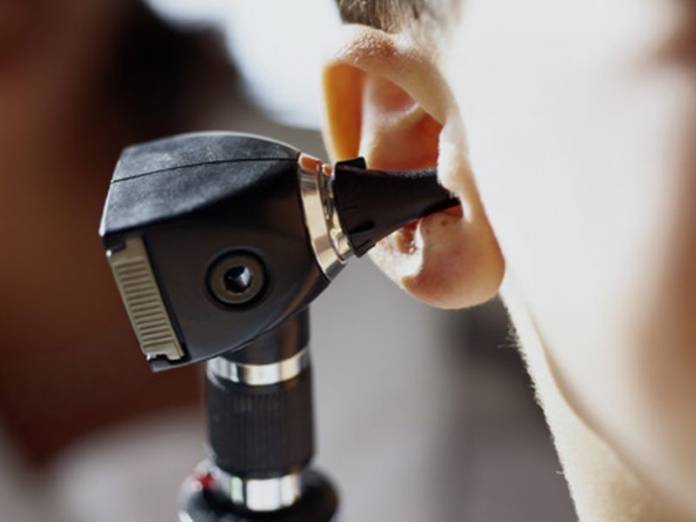 (HealthDay News) — Can a smartphone app spot an ear infection?

It did so with high accuracy in new research.

Ear infections occur when fluid builds up behind the eardrum and gets contaminated. Though an ear infection can hurt and make it hard to hear, sometimes there are no symptoms and diagnosis can be difficult.

This app uses a smartphone’s microphone and speaker and a piece of paper to detect fluid behind the eardrum.

The app prompts the smartphone to emit a series of soft, audible chirps that are directed into the ear through a small paper funnel. Depending on the way the chirps are reflected back to the phone, the app determines the likelihood of fluid behind the eardrum.

“It’s like tapping a wine glass,” said co-first author Justin Chan, a doctoral student in the School of Computer Science and Engineering at the University of Washington in Seattle.

“Depending on how much liquid is in it, you get different sounds,” he explained in a university news release. “Using machine learning on these sounds, we can detect the presence of liquid.”

To train the app to detect changes in sound, the University of Washington researchers tested 53 children, aged 18 months to 17 years, at Seattle Children’s Hospital. About half were scheduled to undergo surgery to place tubes in their ears, a common treatment for chronic fluid buildup. The other half were scheduled to have surgery unrelated to ears, such as a tonsillectomy.

“What is really unique about this study is that we used the gold standard for diagnosing ear infections,” said co-first author Dr. Sharat Raju, a surgical resident. “When we put in ear tubes, we make an incision into the eardrum and drain any fluid present. That’s the best way to tell if there is fluid behind the eardrum.”

The app correctly identified the likelihood of fluid 85% of the time — similar to specialized tools that use acoustics or a puff of air for the purpose, researchers said.

The study was published May 15 in the journal Science Translational Medicine.

“Designing an accurate screening tool on something as ubiquitous as a smartphone can be game-changing for parents as well as health care providers in resource-limited regions,” co-author Shyam Gollakota said in the news release. He’s an associate professor of computer science and engineering.

“A key advantage of our technology is that it does not require any additional hardware other than a piece of paper and a software app running on the smartphone,” Gollakota added.

Ear infections are the most common reason kids see a pediatrician, according to the U.S. National Institutes of Health.

Researchers plan to commercialize the app and make it available to the public.