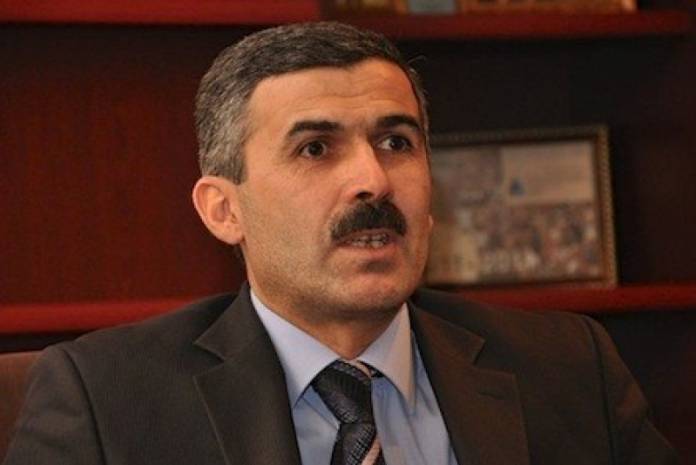 Turan. Az-Human rights activist Oktay Gulaliyev was called to the Public Procurator’s Office on May 13. A week before, on May 6 he was invited to the Chief Criminal Investigation Department, and in both cases he was warned against the breach of the law. In the course of legal proceedings on the Gyanja case Gulaliyev made public numerous facts of tortures. To his thinking, it is imperative to conduct an unbiased investigation of those tortured. In an interview to ASTNA, on May 4, Oktay Gulaliyev, together with representatives of civil society, declared about the creation of the Committee against Repressions and Tortures.

-Oktay bey, you were called, first, to the Public Procurator”s Office and, then, to the Chief Criminal Investigation Department. What was the reason? Why are you so often called to these structures?

-You pointed out that I have repeatedly been called to the Public Procurator”s Office and the Chief Criminal Investigation Department. The two structures discussed my statements, especially those on illegal arrests, tortures and deaths. Regretfully, instead of investigating the facts of tortures and lawlessness, the Public Procurator”s Office demanded from me an explanatory note and made an official warning. However, I declined from the warning and voiced my official protest to the Procurator”s Office in my explanatory note. To my thinking, my calls to the law-enforcement bodies are illegal and ungrounded. Pressures are made to shut me up. However, we are acting within the framework of the law and going to proceed it.

-Legal proceedings over the Gyanja developments are underway. You are tracing them back. What do you think about them?

-Since February this year, legal proceedings have been in progress in Baku, Sabunchi court to consider the Gyanja events of July 2018. Sentences have been passed in respect of 4 groups and the accused were sentenced to 5-9 years of imprisonment. At present, legal proceedings over two groups are still underway. The point is about 50 accused, including Yunus Safarov charged with attempted murder of a head of Gyanja on July3, 2018. Note that an investigation over another group of accused will be over in July, and legal proceedings will be conducted in summer. Under official information of the Public Procurator”s Office, total 77 arrested by the Gyanja events, 11 have been wanted. At least, 10 killed; two of them are policemen.

I”m taking part in the Gyanja legal proceedings. Hear out accused, witnesses and prosecutors. I”m aware of the indictment bill and other documents. Regularly meet with parents of the arrestees. At present, we are working over a report on the Gyanja case. A primary opinion is that there are numerous inconsistencies in the Gyanja case.

One of the violent discrepancies is as follows: Who staged the 10 July events (unsanctioned anti-governmental meeting in Gyanja- Edit.)? Who were women in hijabs that threw plates at policemen? Why weren”t they established, nor bring to justice? Why weren”t” one group of policemen protected by another group of policemen? It remains obscure why so many people were easily let into the square to take part in an unsanctioned meeting. Many innocent people were arrested and later tortured. A lot of people outside the Gyanja events were strangely killed charged with resistance to the authority according to Articles 20, 23 and even 27of the Criminal Code.

-What do you think, can the Gyanja arrestees be put on the list of political prisoners? If yes, how can it be validated?

-The Gyanja arrests are politically motivated, since most articles of the legislation are of political nature. Thus, most arrestees are charged with “forcible overthrow of the constitutional system”, “forcible seizure of power”, “calls for disturbances”, etc. even despite the fact that the arrestees were not engaged in political activity.

The question is that the authorities availing of the 10 June events mounted a large-scale operation in Gyanja in an attempt to suppress protesters. As a result, scores of people were arrested and then tortured. I believe that a greater portion of the Gyanja arrestees are innocent and unfairly punished. Debates are currently underway whether put them on the list of political prisoners. I think that most arrestees fall under “criterion of political prisoners” adopted by the PACE in October 2011 and, hence, can be recognized political prisoners.

-For some time past, mass media and social networks spread news about tortures in law-enforcement and police departments Are you investigating facts of this sort?

-Naturally, we are engaged in investigating facts of tortures at police departments, investigatory isolation ward and prisons. Reports of the Center of Protection of Political Prisoners provide detailed information about tortures. The document cites a black list of functionaries engaged in tortures against prisoners. My call to the Public Procurator”s Office and the Chief Criminal Investigation Department is related to the investigation of tortures and their publication.

-In your opinion, aren”t the authorities interested in creating normal atmosphere and protecting human rights? Who is against this? What measures are to be taken for the creation of normal atmosphere in the country?

– To my thinking, radical changes are meant to be made in the county for suppression of repressions, illegal arrests and strange deaths. It is imperative to alter the whole system of power; change views on civil society, press and courts. All structures of the country should be formed by means of free, fair elections. In this case we are sure to hope on positive changes in the country. I expect that sooner or later the situation will change for the better in Azerbaijan.