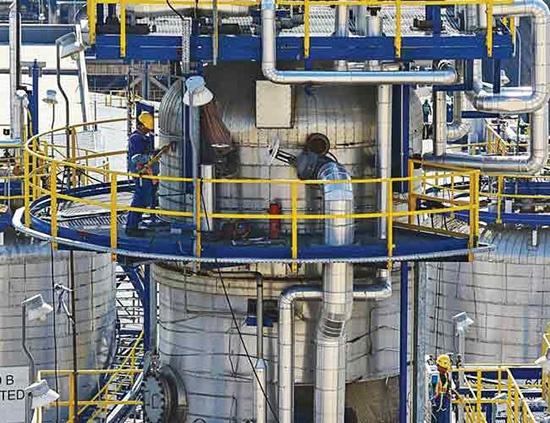 Asian investments in Turkey amounted to $466 million as of end-March, according to data from the Turkish Central Bank, compiled by Anadolu Agency.

Total foreign direct investment (FDI) inflows into Turkey declined slightly to $835 million in March from $835 million a year ago.

Data showed that Asian investors top the list with $466 million worth of investments, followed by Europeans with $342 million. In March $10 million worth of FDI originated from the U.S while another $2 million came from Africa. Thus, Asians’ share in total FDI inflows stood at 56.8 percent. The figures also revealed that among Asian investors, Azerbaijan was the top investor in March this year with $427 million.

In March 2018, Asian investors poured only $54 million into Turkey in the form of FDI, while Europeans took the lead with $751 million. The U.K. ($253 million), Italy ($22 million) and France ($12 million) were the top three European nations investing in Turkey. Austrian-originated FDI inflows declined to zero in March this year from $250 million a year ago.

In the month, Turkey lured $30 million investments from the U.S.

Foreigners made the largest investments in Turkey’s electricity and gas industry in March. Foreigners invested a total of $420 million into this particular industry which accounted for 56.8 percent of overall FDI inflows in the month.

Non-resident investors poured $268 million in the retail and wholesale trade sector while FDI inflows into the country’s manufacturing industry totaled to $73 million. FDI in banking and insurance amounted to $15 million. The corresponding investment figures in the construction, mining, transport and warehousing industries were $4 million, $3 million and $8 million, respectively. The other sectors attracted $8 million in foreign investments.