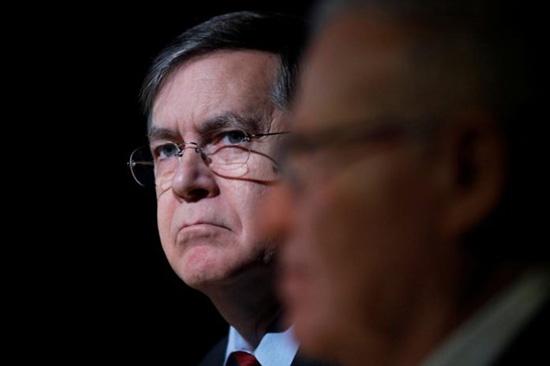 Republican Senator Chuck Grassley of Iowa is blocking quick action on President Donald Trump’s pick to be US ambassador to Turkey over a fight with the State Department on a law intended to help victims of terrorist attacks sue in US courts, The Hill news website reported.

In statements included in the Congressional Record, Grassley placed a hold on David Satterfield’s nomination to be US ambassador to Turkey, citing his role in trying to negotiate changes to the Anti-Terrorism Clarification Act, a bill sponsored by the Iowa Republican.

Grassley said the State Department did not raise concerns about the legislation before it passed. He added that Satterfield, in leading the department’s negotiations, will not support changes that include language to “tangibly benefit victims.”

“Rather, my bill seemed an annoyance to State’s priorities, and Ambassador Satterfield on several occasions vocalized his concern about the law’s impact on the Palestinian Authority, who have been found liable in US courts for supporting terrorist attacks against Americans,” Grassley said.

Turkey has been without an ambassador from the US since October 2017, when former envoy John Bass left Ankara for Afghanistan.

Grassley’s bill, which was signed into law late last year, allows groups, namely the Palestinian Authority, to be sued in federal court if they accept US foreign aid. Palestinian officials said in response to the legislation that they would stop accepting US aid, including $60 million in security assistance.

The Washington Post reported in January, shortly before the law went into effect, that State Department and Trump administration officials were trying to negotiate changes to the law that “maintain security cooperation on one hand and also justice to the families of the victims of terror.”

An official told the Post that they continued “to work through the potential impact of the Anti-Terrorism Clarification Act.”