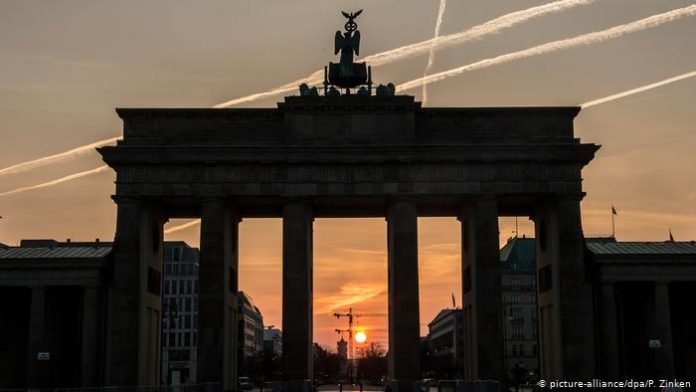 Seven men accused of forming a “Shariah Police” brigade in western Germany have gone on trial. The group allegedly patrolled the streets of Wuppertal in orange vests, telling people to abstain from music and alcohol.

The retrial of seven alleged members of a self-proclaimed “Shariah Police” vigilante group began in the western city of Wuppertal on Monday.

The men were cleared of wrongdoing in 2016, but the case is now being heard again following a higher court’s decision last year to overturn the acquittal.

The defendants allegedly patrolled the streets of Wuppertal in 2014 dressed in orange vests that were emblazoned with the words “Shariah Police.”

They’re also accused of handing out flyers to Muslims proclaiming a “Shariah Controlled Zone” and warning them to abstain from drugs, alcohol, gambling, visiting brothels, listening to music, and pornography.

The men have been charged with violating a ban on the wearing of uniforms or with being an accessory and could face up to two years in prison if found guilty.

Court documents describe them as members of the “Salafist scene” and allege that one of their main aims was to replace Germany’s democratic legal system with Shariah law.

During the first trial in 2016, judges at the Wuppertal District Court ruled there was no reason to punish the men over the uniforms as there was no proof to suggest they had intended to break the law.

In January 2018, the Federal Court of Justice in Karlsruhe criticized the lower court’s finding and ordered a retrial.

Mathias Rohe, a lawyer and scholar of Islam, said the court was right in ordering a retrial because of the potential for both Muslims and non-Muslims to feel intimidated by the group.

Given the case concerns Islamic law, “of course the country’s Muslim population would be the first to be affected,” Rohe said.

Rohe told DW that the self-made vests led some to believe the group had been playing a harmless joke.

“But it is also true that it could have an intimidating effect on parts of the population at a time when violent Islamist extremism is also manifesting itself in Germany,” Rohe said.

Wuppertal’s Shariah patrol sparked controversy in Germany in September 2014 when news about the group first broke. At the time, alleged ringleader Sven Lau expressed regret, conceding in a video message that “perhaps the name was provocative. Perhaps it was also a mistake on our part.”

Proceedings against Lau have been suspended and he is expected to appear as a witness in the Wuppertal case on Friday. He was released from prison last week after serving two-thirds of a 5 1/2 year sentence for supporting terrorist acts.