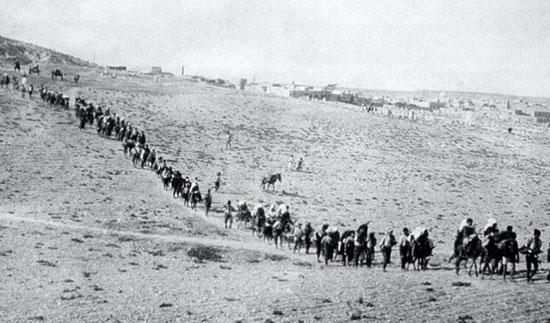 Conservative New Democracy (ND) leader Kyriakos Mitsotakis on Monday defined the Pontic genocide by Turkey as one of the most traumatic incidents in Greek and world history and called for it to be recognized as such on an international level, the Kathimerini daily reported.

Speaking at a special session in parliament on the anniversary of the death of some 450,000 Pontic Greeks during relocation to Greece between 1913 and 1922, Mitsotakis said that ND was already planning a multi-level effort for the broader recognition of the anniversary.

He added that ND has already raised the issue with the United Nations and pledged to continue its efforts when the conservatives come to government even as others “insist on denying the tragic events that besmirched that historical period,” he said in a clear dig at recent comments by Turkish President Recep Tayyip Erdogan.