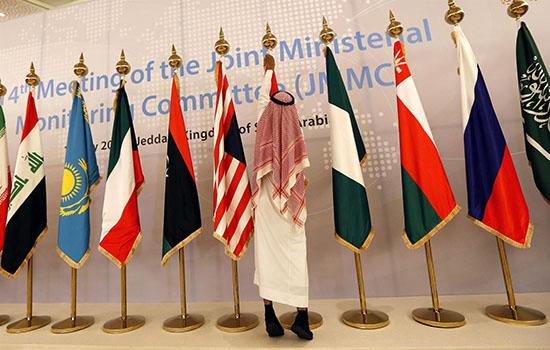 “It is normal amid this escalation that Kuwait and the Gulf Cooperation Council (GCC) countries take these steps,” Khalid al-Jarallah told reporters late on May 19 on the sidelines of a Ramadan sit-down organized by the Iraqi embassy.

“There is cooperation and coordination between Kuwait and the Gulf countries to provide guarantees for oil tankers and continuous supply of energy to global markets.”

Jarallah’s comments come days after sabotage attacks against tankers in highly sensitive Gulf waters and the bombing of a Saudi pipeline — the latter claimed by Iran-aligned Yemeni rebels.

Both attacks targeted routes built as alternatives to the Strait of Hormuz, the conduit for almost all Gulf exports.

The U.S. Fifth Fleet headquartered in Bahrain said the six-nation Gulf Cooperation Councilbegan “enhanced security patrols” on May 18 in international waters, in “tight coordination with the U.S. navy”.

Iran has repeatedly threatened to close the strait in case of war with the United States, which earlier this month announced it was sending an aircraft carrier and strike group to the region.

He added Kuwait was in “constant contact” with its ally, the US.

On May 18, OPEC giant Saudi Arabia called for urgent meetings of the GCC and the Arab League to discuss recent “aggressions and their consequences” in the region.

The two summits are scheduled to be held in Mecca on May 30.

Jarallah welcomed the kingdom’s invitation, saying Kuwait was keen to take part in discussions on issues “potentially dangerous” to the region.