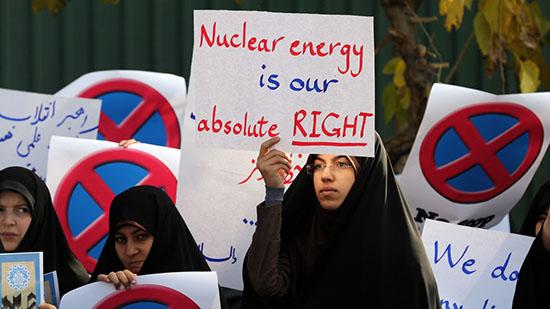 Making good on threats to pull back from its commitments under the 2015 nuclear pact with world powers, Tehran has quadrupled its production of enriched uranium, according to Iran’s Atomic Energy Organization.

The increase was announced Monday by a spokesperson for Iran’s nuclear authority, Behrouz Kamalvandi, who told Iranian media that the decision was made to “counteract offensive sanctions.”

Kamalvandi clarified that Iran would not increase its number of centrifuges, and that the uranium would for now remain at its current level of enrichment, at just over 3.5 percent.

Under the 2015 deal, Iran agreed to cap its stockpile of low enriched uranium at 300 kilograms shipping excess quantities abroad to be sold or stored. Earlier this month, however, Washington moved to block those shipments. Instead of halting its nuclear program outright, Iran has gone ahead with enrichment, even if the amount exceeds the upper limit set out in the deal.

Though it is not clear how much fissile material Iran currently has stored, Kamalvandi said it would “reach 300 kilograms within a few weeks.”

The spokesman also warned that if outstanding issues weren’t resolved within 60 days, Iran would begin refining uranium to higher levels of enrichment in addition to the stepped-up rate of production. Kamalvandi said Iran could achieve 20 percent enrichment “within four days.”

Prior to the agreement, Iran had the capacity to enrich uranium to up to 20 percent – well below the 90-plus percent required for a nuclear weapon, but still above the 3.6 percent limit required by the deal.

Monday’s move had some precedent, however, as Tehran last week informed the other parties to the nuclear deal that it would begin to scale back its implementation of the agreement, citing Washington’s failure to keep up its end of the bargain.

US President Donald Trump unilaterally pulled out of the nuclear deal last year and has since reintroduced crippling sanctions on Iran’s economy. Sanctions relief was a significant motivator for Iran while negotiating the deal.

Though President Trump has accused Iran of going back on its promises, the International Atomic Energy Agency (IAEA), the UN’s nuclear watchdog, continues to verify the country’s compliance with the deal, including in its most recent assessment in February.

Iran maintains that the increase in uranium enrichment does not constitute a breach of the agreement, arguing that all parties must live up to their commitments equally.