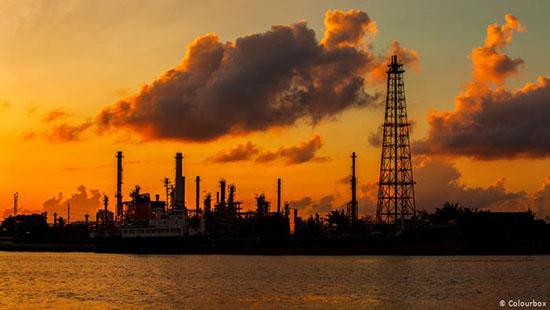 Major oil company investors are starting to use their voting rights to speak out against a lack of climate action. Shareholders in Shell and Equinor have already had their say, now BP is in the spotlight.

Investing in a major oil company might not chime with change-the-world promise, but it’s the approach advocated by a Netherlands-based group of activist shareholders. And it’s an approach that has put a resolution calling for ambitious emissions targets on the table at BP’s annual general meeting (AGM) in Scotland this week.

Follow This, as the group is called, was founded in 2015 when Mark van Baal, an engineer turned environmental journalist, decided to put writing aside to try a different way to “compel” major polluters to take their emissions seriously.

His chosen way sees him appealing to both retail and institutional investors to buy up enough shares in major oil companies to file resolutions calling on them to include Scope 3 greenhouse gases (GHGs) in their targets.

Scope 3 covers all indirect emissions resulting from a company’s activities, and are strongly contested in the world of oil majors, on the grounds that they fall out of their sphere of control.

Van Baal, though, says factoring these emissions into their overall tally is the only way they can hope to align with the 2015 Paris climate agreement.

“The oil majors all say they support Paris, but at the same time they’re waiting for government regulation,” van Baal told DW. “We need them to take leadership.”

To date, Shell is the only large oil company to have taken a step towards heeding that call. When a Follow This resolution was put to a vote at the company’s AGM in 2017, Shell called it unreasonable, and advised its shareholders not to back it. Six percent did so anyway, and another 7% abstained.

Those that didn’t included a number of leading Dutch institutions, which he says was “very embarrassing” as it indicated that Shell had “lost its footing in its home country.”

Initially the company ignored the result, but by the end of the year, it had acknowledged the changing tides and included Scope 3 emissions in its net carbon footprint ambition.

Scope 3 resolutions at Equinor and BP

Earlier this month, Follow This put an identical resolution to the board of Norwegian oil concern Equinor. This time, 12% of private shareholders voted to back it, with a further 7% abstaining.

Because so many of Equinor’s shares are owned by the Norwegian government, which although a signatory to the Paris Agreement voted against van Baal’s resolution, it secured less than 2% of the overall ballot. But that doesn’t faze him.

“You just need a few percent to have an influence,” he told DW. “And 12% is really really big.”

Exactly how that equation will translate into company policy remains to be seen, but van Baal is convinced it’s too loud a message for the board to ignore.

“I think they have to respond,” he said. “This is a very strong signal that a lot of their shareholders do not accept their reluctance to act on climate change.”

A tale of two resolutions

He’s now hoping for the same outcome at BP. Not so, however, the company board, which has other ideas. In its notice of AGM, it advises shareholders in large red lettering not to endorse the Follow This resolution. Among other things, because the motion “calls for targets for Scope 3 (end user) emissions that BP does not control.”

The oil major does, however, endorse an alternative emissions-related resolution on the table. Filed by Climate Action 100+, a coalition of more than 300 investors, it calls for greater transparency around the setting and reporting of targets.

Fiona Reynolds who is a member of the coalition steering committee and CEO of Principles for Responsible Investment (PRI) says they are “specifically asking the company to report on metrics and targets on the intensity of their energy products.”

Although the resolution does not call for BP to include Scope 3 emissions in its targets, Reynolds says “it is still a big ask”.

Fellow investor and member of Climate Action 100+, Hermes Equity Ownership Services, was one of the lead investors negotiating with BP to shape the alternative resolution.

Bruce Duguid, Head of Stewardship at Hermes, told DW that ultimately Climate Action 100+ wants the same thing as Follow This, but adds that BP is currently in a “period of discovery” regarding its ambitions, and that it’s too soon to commit to a trajectory that means it has to reduce emissions at a specified rate.

“We have been careful in this resolution to not actually direct the strategy itself by setting particular metrics,” Duguid said. “We’re asking the company to set the metrics and then describe what it’s strategy is.”

Van Baal says that approach will waste precious time on debating scopes and scenarios and argues that if the two resolutions were really asking BP for the same thing, both would have received the company’s backing.

He believes Hermes should have pushed for a more ambitious resolution, adding that when negotiating with big oil companies “some investors, like some parents confuse having a good relationship with giving in all the time.”

BP had not responded to DW’s requests for comment on the two resolutions at the time of publication, but in its AGM notice, it welcomes the Climate Action 100+ one as “an opportunity to provide further detail” on its strategy.

Can shareholder pressure change the narrative?

With clear warnings about the impacts of global warming above 1.5 degrees Celsius, and with more than half of global emissions pegged to industry, transportation and the generation of heat and electricity, and more arising from oil-based products, critics and concerned parties argue that now is not the time to be debating metrics and strategies.

Dutch insurer Aegon was among those to back the Follow This resolution at Shell and Equinor, and has already said it will do the same at BP this week, as a means of encouraging the board to take action on emissions.

“What we would like to see is that the management at oil and gas companies take the steering wheel and develop plans to come to the realization of Paris,” Eric Rutten, Chair of Aegon’s responsible investment committee told DW.

Van Baal is convinced that failure to align with the climate agreement will become the death knell for oil majors, who risk shareholders starting to divest if they don’t demonstrate a willingness to act.

“I’ve always said oil companies can make or break the Paris Agreement,” he said. “But there’s no way to align without decreasing all your emissions. And that includes Scope 3.”