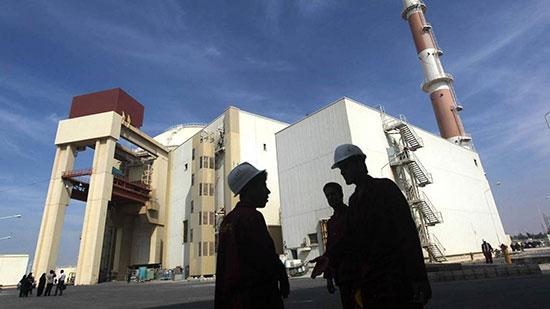 Whatever the case might be, the Middle East will not be the same when the showdown is over.

It is the moment of truth for Iran and the United States of America. At issue is who is boss in the Gulf.

The issue is hardly new. It has been with us since the days of Shah Mohammad Reza Pahlavi, who eagerly coveted the role of policeman of the Gulf. At the time, President Richard Nixon supported the Shah in his ambition. He allowed him to purchase anything from the U.S. arms manufacturers, save for nuclear weapons, to bolster his armed forces.

The reason was not because President Nixon was prepared to give up America’s interests in the region. It was because, following the defeat in Vietnam, the American president invented the “Nixon Doctrine”. The new principle in American foreign policy was aimed at reducing direct U.S. involvement in vital regions, while appointing a trusted local power to take care of security matters.

The first manifestation of the new Iranian role was in 1971. On the eve of Britain’s withdrawal from the Gulf, and the birth of the United Arab Emirates, the Shah occupied the three Arab islands of Greater and Lesser Tunbs and Abu Musa in a military spectacle that was intended to show the Arab Gulf states “who is the new boss of the neighborhood.”

With the advent of the Islamic Republic in 1979, things changed for the worse. The ruling mullahs in Tehran became more aggressive in projecting their influence throughout the Middle East and beyond.

Iran agitated the Shia in the Arab countries. Under the pretext of fighting Israel and the “Great Satan, it created militias in Lebanon, Syria, Iraq and Yemen. Iran used such militias as proxies, that allowed it to act as the bully of the region and beyond.

Yet the real aim of the ruling clergy in Iran was to obtain a concession from the U.S. that exceeded the one granted by President Nixon to the Shah. It wanted to be recognized by Washington as the “superpower” of the Middle East. This goes a long way to explaining the extreme negative posture and the fiery rhetoric of Iran toward the United States and its Arab allies. On the other hand, it also explains Iran’s discrete and extensive cooperation with the U.S. and Israel, during its war with Iraq, in what came to be known as the “Iran-Contra affair.”

Still, it is for the purpose of obtaining American recognition of its “superpower” status that Tehran gives the impression that it seeks to manufacture a nuclear weapon. Iran has no other justification to obtain a nuclear arsenal and the means of its delivery. It is all too aware that its mere threat to use such weapon will provoke a massive retaliation not only from the U.S. but, more importantly, from Russia, its neighbor and historic enemy, which will not tolerate a nuclear-armed Iran with the willingness to use such weapon.

The nuclear deal that was reached with former President Barak Obama makes no mention of curbing Iran’s regional ambitions. This was interpreted by the Arab Gulf states as granting the Islamic Republic an almost free hand to continue acting as the bully of the neighborhood. And indeed, Tehran’s influence has since been more visible.

The current confrontation in the Gulf will determine whether Iran will bring to an end its “superpower” aspirations or enter into a losing war with the U.S.

Whatever the case might be, the Middle East will not be the same when the showdown is over.