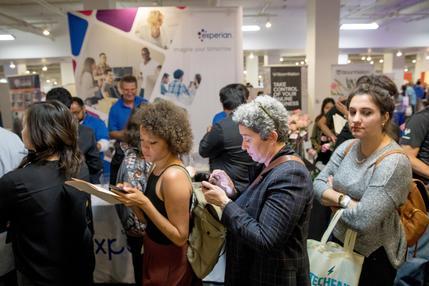 WASHINGTON (Reuters) – The tight U.S. labor market is not drawing new people into the labor force, but merely reducing the number dropping out, according to research published on Monday by the San Francisco Federal Reserve.

The paper by Regis Barnichon, a research adviser in the San Francisco Fed’s economic research department, contradicts a widely held view among economists that people either returning to or entering the labor market were behind strong monthly job growth despite the lowest unemployment rate in nearly 50 years and anecdotal evidence of worker shortages.

The labor force participation rate, or the proportion of working-age Americans who have a job or are looking for one, hit a more than five-year high in January. It has been mostly driven by gains in the 25-55 age group, the prime-aged population.

“These gains might suggest that the strength of the job market is pulling people from the sidelines into the labor force,” said Barnichon. “However, analysis that accounts for underlying flows between labor force states shows that, rather than drawing new people in, the hot labor market has instead reduced the number of individuals who are dropping out.”

The economy has created an average of 205,000 per month this year, double the roughly 100,000 per month needed to keep up with growth in the working age population. At 3.6 percent, the unemployment rate is the lowest since December 1969.

The labor force participation rate declined sharply during the 2007-19 recession and continued to trend lower in the years after. It has, however, been steadily rising since the past year, leading some economists to believe that there is still some slack in the labor market.

“As more and more job seekers could not find a job during the crisis, they left the labor force en masse, and the participation rate plunged,” said Barnichon, noting that the same mechanism was also evident in the recent recovery in participation.

Barnichon said using his methodology, the current trends were similar to the late 1990s, which also coincided with a very tight labor market.

“If the late 1990s is considered a benchmark for a hot labor market, at this point there appears to be little room for further growth in labor force participation through this predominantly composition effect,” he said.

Oil prices rise ahead of OPEC+ meeting on output cuts