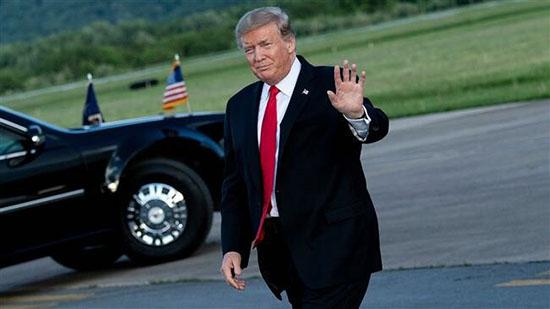 A US federal court has thrown out President Donald Trump’s lawsuit to block a House of Representatives committee from obtaining his financial records, dealing him an early blow in what seems to be a long legal showdown between the Republican head of state and his Democratic foes in Congress.

Judge Amit Mehta of the DC District Court ruled Monday in favor of the House Oversight Committee, upholding a subpoena Representative Elijah Cummings, the committee’s chair, had issued back in April to get a decade’s worth of Trump’s financial records from accounting firm Mazars USA.

“To be sure, there are limits on Congress’s investigative authority. But those limits do not substantially constrain Congress. So long as Congress investigates on a subject matter on which ‘legislation could be had,’ Congress acts as contemplated by Article I of the Constitution,” Mehta wrote. “Applying those principles here compels the conclusion that President Trump cannot block the subpoena to Mazars.”

Mehta said in the ruling that he was convinced the committee was not simply engaged in a “fishing expedition” and the Mazars documents might actually prove useful and help lawmakers pass laws and take a host of other important measures.

“It is simply not fathomable that a Constitution that grants Congress the power to remove a President for reasons including criminal behavior would deny Congress the power to investigate him for unlawful conduct – past or present – even without formally opening an impeachment inquiry,” Mehta said.

Cummings set out on the hunt for Trump’s financials after a congressional testimony by Michael Cohen, a former personal lawyer of Trump, who claimed the president had misrepresented his net worth as a private citizen.

Since beginning his presidential campaign in late 2015, Trump has insisted that he is a self-made billionaire worth over $10 billion.

However, those claims have been seriously challenged by financial experts and fellow American billionaires, who think Trump’s record of many bankruptcies shows he is not as successful as he claims he is.

Trump’s refusal to release his tax returns, which would reveal how much of a good businessman he really is, has raised more questions about his real net worth.

Talking to reporters shortly after the ruling, Trump said the decision by Mehta, who was appointed to his job by Democratic former President Barack Obama in 2014, was “crazy” and he would appeal it.

On May 22, another judge will hear a similar lawsuit Trump filed to block subpoenas issued to Deutsche Bank AG and Capital One Financial Corp.

This was the first time a federal court has waded into the tussle about how far Congress can go in probing Trump and his business affairs.

Trump’s lawyers have accused Congress of trying to “turn up something that Democrats can use as a political tool against the president now and in the 2020 election.”

“Congress must have access to the information we need to do our job effectively and efficiently, and we urge the President to stop engaging in this unprecedented cover-up and start complying with the law,” Cummings said.

Mehta’s ruling “will probably have considerable weight in similar factual contexts where the House is seeking other records,” said Carl Tobias, a law professor at the University of Richmond.