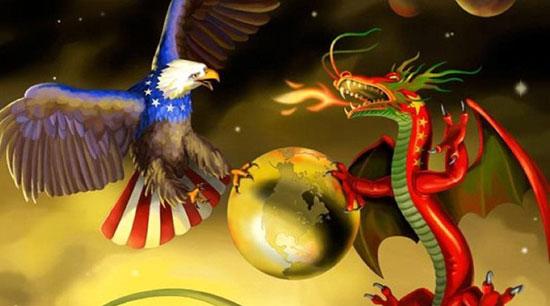 They called it the war to end all wars. The final real-time demonstration of the futility of armed conflict. The clash between civilizations that would determine the ultimate fate of humanity.

Notwithstanding the reality that World War I most certainly did not accomplish that impossibly idealistic objective, it nevertheless serves as a useful analogy to President Trump’s aggressive use of tariffs in his war of wills with China.

It may seem like a contradiction in terms, but Trump’s determination to balance the scales of international trade can be viewed thusly: the implementation of a temporary tariff regime severe enough to ultimately produce trade devoid of tariffs.

Given competing and justifiable nationalist interests, it is unlikely that we will ever see a world where tariffs are extinct. But that hardly means American presidents should not seek agreements to reduce levies on foreign nations to a dull roar — or at least limited to reciprocal tariffs — and do all within their power to avoid an outright trade war.

It might appear that the president is intent on such a war. After all, since Trump’s engagement in talks designed to hammer out a fair deal, the United States has more than doubled tariffs on $200 billion worth of Chinese products, and Beijing has retaliated with tariff hikes on $60 billion in U.S. goods. Add to that the reactions of wizened economic analysts and nervous Nellies on Wall Street wedded to the status quo, i.e., a hugely unbalanced trade relationship with China, and you would think it is the goal of President Trump to gin up economic warfare with Chinese President-for-Life Xi Jinping.

The reality is actually the opposite.

There’s a simple truth about tariffs. Given that they are essentially a form of taxation on businesses and consumers, they are undesirable at best if meant as an end in themselves. But as a means to an equitable end, they are necessary.

One of the most appealing things about Trump is that he doesn’t complicate things. He follows the simple, basic common sense of a successful businessman. In this case, he is working off one simple paradigm in his long-term game of leveling a playing field tilted uphill for the United States following years of neglect or willful blindness by every U.S. president since China shed the yoke of Mao Zedong and blended mercantile capitalism with communism.

The paradigm is this: They need us more than we need them.

Yes, Americans have become enamored of cheap Chinese goods, but while the new 25% tariffs on China will cause some worker displacement and slightly higher prices on some goods for the short term, Americans have abundant wherewithal to adjust. China’s economy, on the other hand, is utterly dependent on America. Will the Chinese ultimately risk losing their grip on the American market and watch their economy shrink or collapse for the sake of maintaining the current trade regime, which even they admit is dramatically imbalanced in their favor?

Put another way, which country would be hurt more by a full-on trade war? That’s not a hard answer.

Trump’s short-term view is that tariffs are a vital negotiating tool that forces China and our other trading partners to the table because they must have access to the U.S. market. But his long-term view, as revealed during his presidential campaign and again in his dealings with the European Union, is that tariffs should in the end become not only unnecessary and undesirable but also virtually nonexistent.

Trump economic adviser Stephen Moore made this critical point in his exclusive interview on Liberty Nation Radio: The tariff culture surrounding trade not just with China but with the rest of the world is forcing Trump to employ levies he would prefer to avoid:  “… at the G-7 meeting eight, nine months ago, Trump put on the table with the European leaders that we just go to zero tariffs. That’s something where (Trump’s chief economic adviser} Larry Kudlow and I had really been pressing. Trump put it on the table and the Europeans backed away from that.”

China simply will not relent and agree to a fair deal without the leverage of tariffs. You may wish the Chinese to change their evil ways, stop stealing our intellectual property, stop dumping their excess steel on the world market, and stop slapping excessive levies while they get virtually unfettered access to our consumers, selling us almost $400 billion more in goods per year than we sell them. But there is zero chance of that happening without a stick to back up the carrot of the American market on which the Chinese economy is so heavily dependent.

Heck, this is sense so common that even Sen. Chuck Schumer (D-NY) agrees. So does longtime Trump hater Thomas Friedman of The New York Times, for heaven’s sake. You can look it up.

As a president who has implemented so much of the concrete change that formed the basis of his presidential campaign, as opposed to a vague impressionist tableau of hope and change, this is exactly what Trump was talking about. This is what real change looks like. It never comes easily, especially in this case, with the obstacle of an encrusted political establishment and the heavy backlog of regression — surrender even — in our trade relationship with China,

It’s time. Time to finally do the hard, grinding work and continue the long journey of a hundred miles undertaken by the president with the current critical steps toward a trade relationship with China we can live with for decades to come.

*About the author: Washington Political Columnist at LibertyNation.com. Tim is a radio talk show host, former candidate for the U.S. Senate, and longtime entrepreneur, Conservatarian policy advocate, and broadcast journalist. He is Founder and President of One Generation Away, LN’s parent organization.

Source: This article was published by Liberty Nation