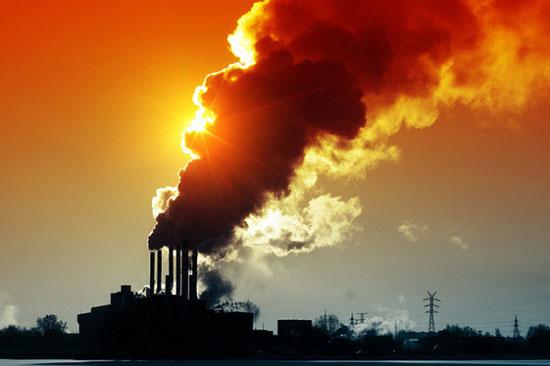 All agree that there are no jobs on a dead planet, writes Linda Flood. But the road to fewer emissions is full of opinions.

The trade unions’ solution for a greener world is new jobs with good working conditions. The critics argue that there’s not enough time. ”We can either protect industrial jobs in the global north or save the climate,” says political scientist Tadzio Müller.

Politicians, businesses, and unions all agree: there are no jobs on a dead planet. But the road to fewer emissions is full of opinions.

While the amount of CO2 in the atmosphere is expected to reach record levels this year, the work towards a “just transition” continues. The aim is to secure workers’ interests when countries and employers convert to more climate-friendly ways of doing business.

“It is extremely urgent and I’m worried. But if employers, governments, and big financial interests had been more interested in the carbonization two decades ago we would have been in a great position,” says Samantha Smith. She’s the director of the Just Transition Centre, created three years ago by the International Trade Union Confederation, the ITUC, to bring more attention to the matter and to gather unions, organizations, businesses, and countries in a social dialogue.

The UN climate change conference COP 24 took place in December 2018 in Katowice, Poland, and “just transition” was high on the agenda.

The concept of “just transition” was first used by union activists in the U.S. in the 1980s. It took until 2013 for the United Nations’ agency ILO to create guidelines for “a Just Transition towards environmentally-sustainable economies and societies for all.” The Paris Agreement of 2015 also includes mentions of “just transition.” Through the Paris Agreement, governments commit to making sure that workers continue to have fair conditions during the climate adaption.

Fifty three countries, including Sweden, signed the “The Solidarity and Just Transition Silesia Declaration,” which states that the countries must consider workers’ perspectives while shifting to climate friendly policies.

In Sweden, issues on this matter are being discussed regularly at the Swedish Trade Union Confederation, LO, and Sida, the Swedish International Development Cooperation Agency, among others. Sida recently donated 1,5 million euros to the organization Bankwatch, to support the transition towards a coal free Eastern Europe.

Samantha Smith points out that every sector in every country will be affected in order to stay within the target of 1.5 °C warming above preindustrial levels that the report by the UN’s Intergovernmental Panel on Climate Change recommends to avert the worst risks of heat waves, droughts and floods in areas of current human habitation.

“We wanted to start with rich countries because they have the wealth and capacity. In some poor countries you have a number of issues going on at the same time, one is recognizing basic labor rights which is also human rights.”

Tadzio Müller, political scientist and senior advisor on climate justice for the leftist foundation Rosa Luxembourg, says he supports workers’ interests. “I am absolutely for giving workers every social protection that we can manage. I would even argue that a universal guaranteed income would be a great way to transition in heavy industrial regions, like western Germany or the north of France. I don’t oppose just transition, but the fact is that the function of ‘just transition’ has been to slow down ambitious climate action.”

Müller adds: “If Sweden, Germany and Great Britain want to do their bit to save the climate they have to shut down old industrial infrastructure within the next 10-15 years so that the rest of the world can still emit some carbon emissions.”

Müller is critical of the trade union movement. “We have to be honest that it was, at least in part, the same industrial trade unions that called for a just transition that were fighting against ambitious climate politics and policies to save jobs,” he says. He mentions Germany’s mining unions as an example.

Samantha Smith at the Just Transition Centre says to her critics: “What is your alternative? Especially in a democracy, like for example Germany. How are you going to shut down coal mines if local government and all the people working in the mines don’t agree to it?”

These are the 25 biggest carbon emitters in the world. These companies produced a fifth of the global carbon emissions, according to a review by Swedish newspaper Dagens Industri.

Linda Flood is a reporter for Arbetet Global.

This story was originally published by Arbetet Global.