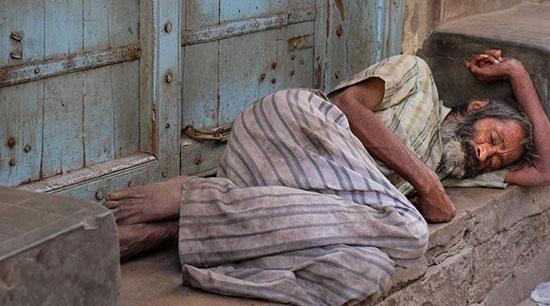 In small villages throughout India, many poor families have modern appliances including refrigerators, washing machines or televisions. But many of these appliances are often unpowered and unused, due to the lack of reliable power or no power at all. Some homes, with dirt floors and thatched roofs, appear as they did centuries ago.

Over the years, politicians gave away gifts of this nature to garner support or homeowners bought appliances with meager savings. But policies directly improving the quality of rural Indian homes and their support infrastructure — a policy decision requiring fundamental changes — would have had significantly greater impact on people’s lives. A weak state, a function of the messy democracy that is India, has struggled for decades to fulfill such basic obligations.

It’s worth keeping such images in mind as India awaits the results of its seven-week-long elections process and voters choose who sits in the Lok Sabha and leads as prime minister. India’s ability to involve almost 900 million people in the world’s largest election and its decades-old democratic process is genuinely impressive. Yet observers must also be honest about government’s ability to improve the quality of life of ordinary Indians who have heard promises time and time again.

Meanwhile talk of greater internet access and digital connectivity as the pathway to prosperity across the country is misleading and a distraction. There is a need to go back to basics to meet basic needs, to free people from the drudgery that comes from lacking a secure home and thus deliver on a critical human right. The election, if it does not deliver an effective and strong state capable of addressing basic needs, will in many ways represent a failure of democracy.

India’s massive housing shortage can be the starting point of a national movement to improve people’s lives. Housing is a basic need that combines other needs, particularly water and sanitation. India’s massive urban slums usually come to mind when one thinks of the country’s housing issues, but rural India’s challenges are egregious, too. The countryside lacks more than 40 million homes, which should shelter almost 200 million people, several times greater than the shortage of urban homes, reports the Review of Agrarian Studies in 2014. Of the homes that do exist, many are of poor quality: 60 percent of rural homes lack a proper toilet, 20 percent lack an electrical connection, and only 46 percent are considered in good condition.

The housing shortage compounds other problems that shape the social and economic fabric. Open defecation, partly caused by the lack of proper homes with water and thus proper sanitation, puts households at greater risk of disease and exposes women to unsafe conditions, not to mention the massive indignity of it all. Non-durable homes require constant repairs after exposure to the elements, which eats into savings. Children cannot study at night without an electrical connection. By one count, 31 million households still lacked access to electricity, and some estimates suggest this affects a population of about 240 million people.

Solving the housing issue is thus a moral and political imperative for India and key to releasing the economic potential of the poor and disadvantaged. The Pradhan Mantri Awas Yojana – Gramin, or Housing for All program aimed to build 30 million houses for India’s rural poor by 2022. Progress was uneven. Such massive home construction also imposes unprecedented pressure on India’s common and already constrained resources. Where will massive amounts of building material like cement, lumber and sand for concrete come from, without significant harm to the environment? Where and how will carbon emissions be limited to compensate for those released during construction and mass electrification? The average electrified Indian household consumes 90 kWh of electricity per month compared to 444 kWh in Singapore, 380 kWh in Hong Kong and 900 kWh in the United States. Up to 50 million additional electrified homes, just to meet basic needs, would require about 3.8 billion kWh per month, equal to the entire electrical consumption of Singapore. western-style sanitation and hygiene systems consume large amounts of water: Is that even feasible, given India’s water shortages and lack of sewage systems?

But there are opportunities as well, if innovative approaches can be the catalyst for an entirely new way to design and construct durable and affordable homes. This is essential, given that the United Nations forecasts that, by 2050, one third of the world’s projected population of almost 10 billion will live in slums. The plight of farmers, often cited as perhaps India’s most significant problem, requires radical polices to address the causes. A national housing program, equally focused on the rural and urban areas, can transform the economy, eliminating large pockets of extreme poverty and deprivation.

India’s massive housing shortage is merely one example of a thorny, complex and national-scale development issue that presents massive tradeoffs. Mass electrification – even if India achieves its Paris pledge of 40 percent renewable energy provision by 2030 – the spread of proper sanitation and improving agricultural yields would help achieve basic needs, while also diminishing both national and global resources and exacerbating challenges like climate change. Worse, developing countries are trying to solve these dilemmas with far less room to maneuver in terms of climate change and constrained resources. This requires difficult choices about where to allot resources. One would be hard-pressed to argue that India’s hundreds of millions must sacrifice their access to these most basic of needs – blocked from access to middle class lifestyles – while wealthier societies, purporting to care about these global challenges, continue to pursue unrestrained economic growth driven by overconsumption without making sacrifices of their own.

Only government can make these kinds of hard choices for large nations such as India, with legitimacy and capacity to carry them out – but only if the state is strong and effective. Currently, India’s ability to set and enforce regulations, and invest in workable solutions, is limited by an underinvestment in state capacity and a political environment that hacks away at its effectiveness. China stands in sharp contrast. There are ideological limitations and challenges as well: many in the mainstream, especially in the West, including international institutions, criticize assertive state management of the economy even if it is to improve universal access to basic needs while constraining certain forms of overconsumption, as the “wrong” answer.

Yet investment in a strong state unlocks many possible options for tackling India’s housing crisis. A stronger Indian state could launch a dedicated housing bond, denominated in rupees, to fund a massive public housing construction campaign over the next 20 years run by the national government, as opposed to one implemented by the federal states. The government could invest in a nationwide program that develops construction skills among India’s masons and other tradespeople through hundreds of vocational training centers spread across the country — and then provide enough opportunities to put those skills to work. Or, less directly, the state could mandate that banks, including foreign ones, proactively assist India’s poor in building and improving their homes, linking these initiatives with licenses to operate.

A strong Indian state must set a bold, once-in-a-generation national objective and commit resources to achieve its goals without capitulating to vested interests. That would be a compelling agenda for India’s leaders, giving citizens a way to choose long-term and sustainable improvements to their quality of life.  That would give India’s democratic tradition a legitimacy far beyond the political process of holding elections.

*Chandran Nair is the founder of the Global Institute for Tomorrow and member of the Club of Rome. He is also the author of The Sustainable State: The Future of Government, Economy and Society.