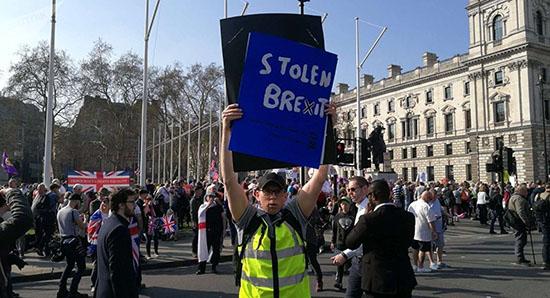 Earlier this week, UK Prime Minister Theresa May set out a “new deal” for Britain’s departure from the bloc, even offering MPs the possibility to vote on holding a second Brexit referendum, if the Parliament approves her plan.

“We respect the British. We ask them to allow us to go forward on our own path, and in the meantime, we ask Britain not to export its political crisis over to the European Union”, Nathalie Loiseau, a top EU election candidate from President Emmanuel Macron’s party told RTL radio.

She also noted that the decision about holding another referendum is still up to London.

The statement comes after earlier this month the negotiations between the government and the Labour Party collapsed after six weeks, with opposition leader Jeremy Corbyn doubting that May would be able to secure any deal at all due to her ever-weakening position.

In the meantime, recent surveys have shown that Nigel Farage’s Brexit Party is not only leading in the upcoming elections to the European Parliament with 23 percent but would also beat the Conservative Party in the UK general elections, receiving about 20 percent of the overall vote.

May’s Brexit plan is expected to be put to a vote in early June and, if the legislation fails, Great Britain is set either for a no deal or for Article 50 to be revoked.