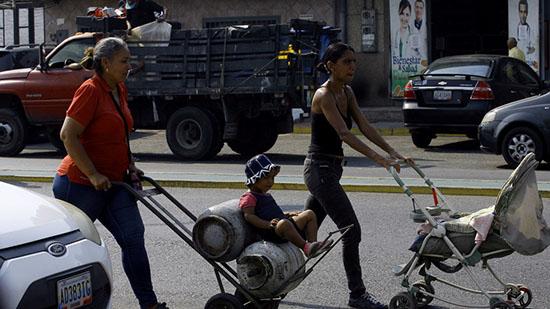 Venezuela’s foreign minister has said that the freezing of some $7 billion in assets belonging to the Venezuelan oil giant PDVSA in the US has made it impossible to pay for the treatment of young transplant patients abroad.

The crippling US sanctions and economic embargo that has been in place for several years have already cost the Venezuelan economy a staggering $130 billion since 2015, and now threaten to cut short the lives of at least five young patients that have received liver transplants in Argentina and are in need of costly post-surgery treatment. They cannot afford it due to the blockage of PDVSA funds by Washington, Venezuelan Foreign Minister Jorge Arreaza said.

“The criminal US financial blockade on Venezuela risks the lives of Venezuelan children that received transplants in Argentina thanks to the support of PDVSA,” Arreaza tweeted on Tuesday, adding that it “has been impossible” to transfer the necessary funds to proceed with the ailing children’s treatment.

The Latin American Foundation for the Human Rights and Social Development (Fundalatin), which Arreaza cited in his tweet, together with a group of mothers of the affected children, penned a letter to UN High Commissioner for Human Rights Michelle Bachelet, asking her to unblock the PDVSA payments so the children can stay in an Argentinian hospital.

The kids – Isabella, Nelson, Adeleannys, Maríade los Angeles and Ximena – were sent to Argentina for life-saving treatment under a government-funded health program. The money came from the state oil giant PDVSA and its US subsidiary CITGO, whose assets were confiscated by Washington back in January.

HRD secretary Larry Devoe reported in early May that almost €5 million ($5.5 million) in payments towards patients’ expenses by PDVSA and other Venezuelan institutions had been either canceled or rendered invalid by international banks.

The lives of children that were supposed to travel abroad to receive transplants have been also put in grave danger by the US policy, Devoe said. Children aged eight and six are among those who were impeded from receiving bone marrow transplants.

Vice President of Venezuela Delcy Rodriguez stated at the time that Washington and the US-backed “coup leaders” in Caracas should be held directly responsible for the potential death of the children who were denied the treatment.